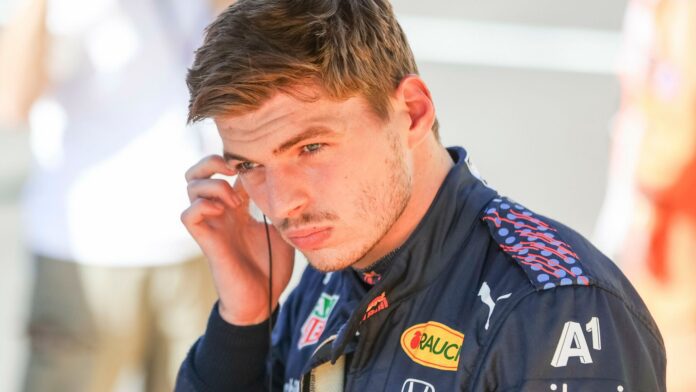 After claiming victory at the newly introduced sprint qualifying, Max Verstappen began the race on Sunday from pole position.

However, right from the first lap, the Dutchman was locked in an intense battle with Lewis Hamilton.

The two drivers collided around turn 8 at Copse which sent Verstappen into the barriers at an extremely high speed thus ending his race.

Hamilton was unhurt and continued on to win the British Grand Prix.

Taking a close look at the accident, we can see that Hamilton’s left-front wheel tangled with the Verstappen’s rear-right.

Just after the crash, Verstappen’s engineer immediately asked him, “Max you okay?”

However, Verstappen, being in considerable pain, was unable to reply.

Red Bull advisor, Helmut Marko, was furious with Hamilton following the crash and demanded that the Knight be suspended for a race.

After investigating the matter, Hamilton was handed a 10-second time penalty. Additionally, after the race, he was given two penalty points on his permanent license.

“You can’t do that with the normal sporting code. I don’t know what the maximum penalty would be, but such dangerous and reckless behavior should be punished with a suspension or something,” said Helmut Marko.

“If a competitor massively touches our rear wheel with his front wheel, then that’s no longer a racing accident in the fastest corner of the track–that is negligent-to-dangerous behavior,” he added.

Even though the Dutchman scored a single point in Silverstone, he is still in the lead in the driver’s standings.

Why did Max Verstappen call Nico Rosberg ‘Britney’ on Grill the...

WATCH: How Aston Martin team orders given to Vettel and Stroll...