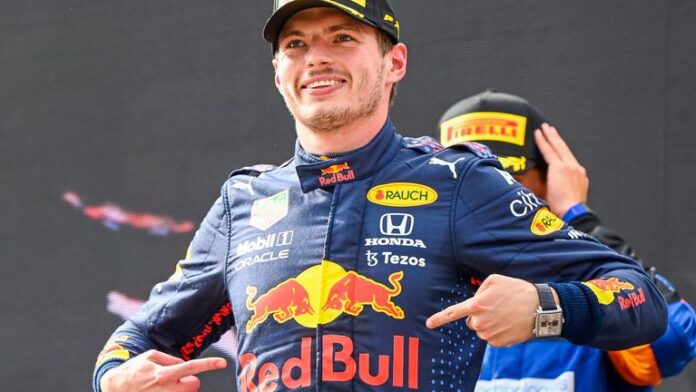 Max Verstappen is currently in peak performance mode after claiming a hat-trick of victories in the recently concluded tripleheader.

Two of these wins came on the home turf of Red Bull.

The Milton Keynes-based outfit recently shared a video on their official YouTube account highlighting their wins at Red Bull Ring.

Verstappen has won a total of four races at the venue and had a peculiar request for Mateschitz, the co-founder and 49% owner of the Red Bull energy drink company.

“If I win five times here, I am gonna ask Dietrich to change the name to Verstappen ring,” the Dutchman requested.

“I mean I knew we had a good car, and we would have a strong race but to win it by this margin, it was very satisfying,” he added.

The 23-year old driver won the Styrian and Austrian Grand Prix by a gap of 35 and 18 seconds, respectively.

Verstappen is currently in the starting stages of his career and has at least a decade of driving ahead of him.

Being in his twenties, he knows that age will not be a problem for him. He is well aware that it can become a hindrance later in life.

However, he also is aware that experience is valuable and can help him overcome obstacles later in life.

“By experience over the years I think you understand more of the car, of the tyres, the tracks you’ve been to, bad and good situations you’ve been in. Because it’s all about the small details at the end of the day that make the difference in Formula 1,” he said.

“That just gives you that little bit more confidence, preparation, and understanding in those decisive moments to pull out a good lap, or just be competitive in general. I think that just gets better every year and you never stop learning.

Will Verstappen be successful in changing the name of the iconic circuit? Only time will tell.