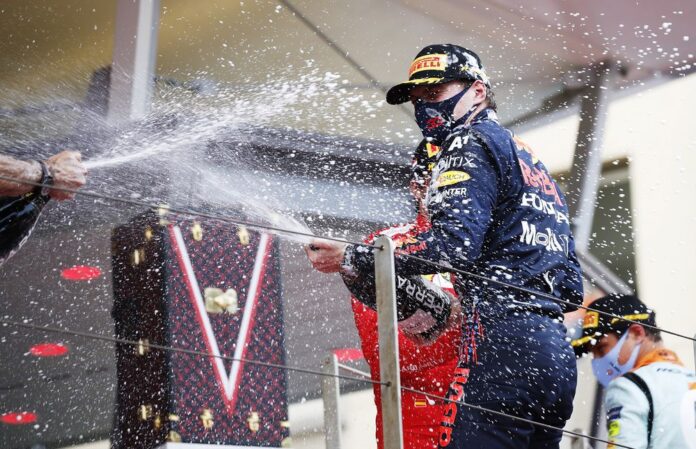 Max Verstappen and Lewis Hamilton put on a great show for fans to watch during any of the Formula 1 races taking place this season.

While both the drivers are finally on track to fighting each other, their second drivers often go unnoticed.

Eddie Irvine, back during his Formula 1 days, was considered a legendary second driver to none other than Michael Schumacher.

Irvine is often blunt about what he speaks and can lead to some opinionated statements.

Recently, he spoke about the role co-drivers play at Mercedes and Red Bull.

“Bottas has beaten Hamilton before, more often than he has lately,” he said.

“Perez is new in there against Verstappen, but Verstappen has shown that the game is already over. They’re both de facto No. 2s.”

Hierarchy is nothing to be ashamed of

The ex-Ferrari driver goes on to say that going up against Hamilton and Verstappen is a difficult task.

“I don’t think against two guys like Hamilton and Verstappen that’s a great negative,” he added.

“I don’t think anybody in Formula 1 would go up against those two guys and regularly beat them.”

Verstappen is difficult to beat

Irvine mentioned how much of a tough fight Verstappen puts up with his raw speed.

“I think Hamilton is getting older now and his pace isn’t as good as it used to be, but he’s still, as I said, a consummate professional,” he said.

“I think people know that anyone who goes against Verstappen is going to get beaten because of his pure speed,” he concluded.

Read More: David Coulthard net worth: How much is the racer-turned-commentator worth in 2021?

Sergio Perez responds to Nikita Mazepin’s criticism in Baku – “Some...