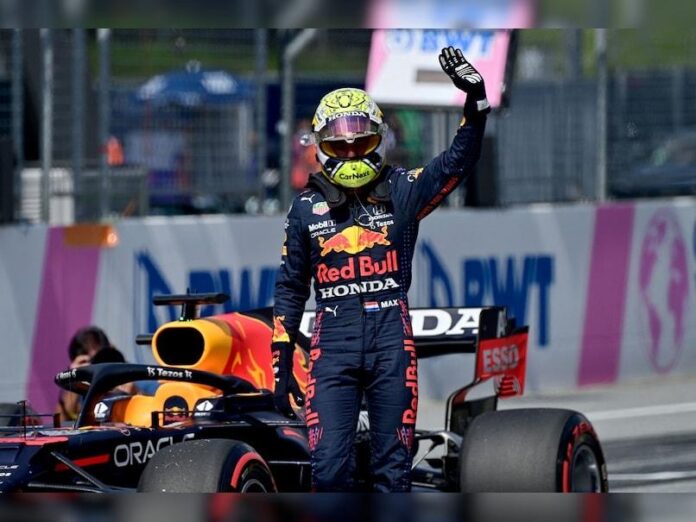 Ever since Max Verstappen stepped into Formula 1, it was clear that he would one day be a world champion.

Five years down the line, the Dutchman is standing true to these predictions and breaking records one by one.

After securing his victory at the Austrian Grand Prix, Verstappen set a new record in F1.

With the first-place podium finish, he now has 50 podiums in his bag.

To make things more interesting, Verstappen is also the youngest driver to reach that milestone. This comes after he beat the previous record-holder – Sebastian Vettel.

Looking at the list of the youngest F1 drivers, Verstappen secured his 50th podium at the age of 23 years, 277 days.

Behind him is Vettel with 25 years, 327 days, which is a significant margin.

Fernando Alonso is placed at P3 with 27 years, 61 days while Lewis Hamilton hit the landmark when he was 28 years, 76 days old.

Following the Brit is another seven-time world champion Michael Schumacher at 28 years, 163 days.

Verstappen’s journey to half a century

The Dutchman began his podium journey when Red Bull promoted him to their team. That season, Verstappen claimed 7 podiums and a race win.

Then in 2017, Verstappen was able to produce just 4 podiums, converting two of them into race victories.

2020 saw Verstappen reach peak performance with 11 podiums, including 2 P1 finishes. However, the current season has been a turning point for the Red Bull driver.

Out of the 9 races so far, the Dutchman has been on the podium 8 times, ignoring the tyre blowout incident in Baku.

With 14 more races to go, we might just be in line to see Verstappen’s most successful season.