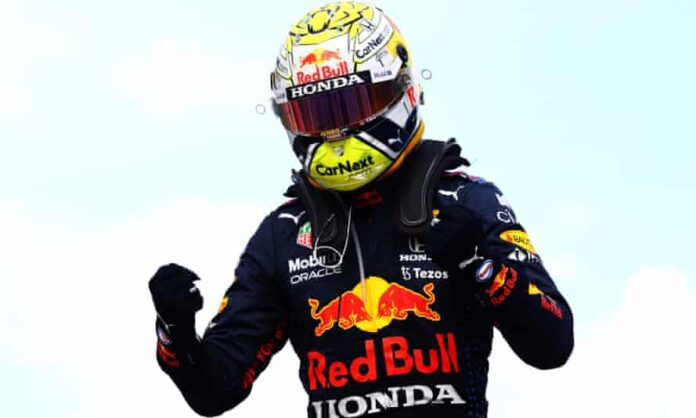 Since the onset of the turbo-hybrid era, Lewis Hamilton has been dominating the sport of Formula 1 taking Mercedes to the top spot.

As a result, the Brit is considered as the G.O.A.T. in the sport and everyone looks up to him to learn a thing or two.

However, his prime challenger, Max Verstappen, who is leading the driver’s standings at the moment, refuses to compete by copying the Brit.

Max more focused on self

While he is aware of what Hamilton is doing, he is a lot more focused on himself.

Max Verstappen was interviewed by Will Buxton ahead of the Styrian Grand Prix.

Buxton pitched the question of what has the Dutchman learned from Hamilton.

“You study your rivals. But I also always, you know, look back at myself because, you know, when you look at others, they, of course, have good qualities,” Verstappen said.

“I’m not the guy who copies. I’m, of course, always listening, looking, but at the end of the day, you have to look at yourself, what you can improve and what you can do better.

“But when you copy, you can only be as good at it. So for me, that doesn’t really work.”

After a chaotic start to the Styrian Grand Prix, Max Verstappen took an early lead in the race.

While he was chased by title rival Lewis Hamilton, he managed to extend the gap between the two.

As a result, Max took his fourth victory in eight races so far this season.