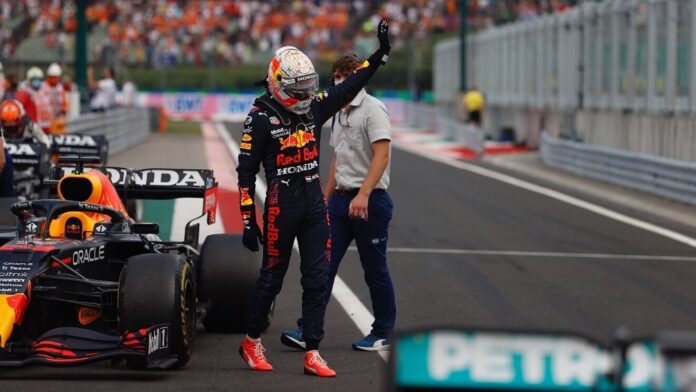 The current season for Formula 1 has entered the summer break. The next race will take us to Spa-Francorchamps for the Belgian Grand Prix.

While that is one circuit where Mercedes has often dominated, Peter Windsor has more expectations from Red Bull.

Spa-Francorchamps is a course known for needing more power thanks to its long straights. This has given an advantage to Mercedes with their dominant engine.

However, according to Peter, we can expect the tables to turn with Red Bull on the cards.

What did Windsor say?

The former Williams manager tried to analyze Red Bull’s performance this season. He stated that Max Verstappen might need a new engine.

“Let’s see how the car performs at Spa,” he stated.

“There’s a question mark there again with Verstappen, whether they will give him a new engine again, as he already had a new engine in Hungary.

“We’ll have to wait and see how the two teams will compare there,” he explained.

Windsor also added that it would be wrong to underestimate the power of Red Bull. Especially, after the outfit have been performing strongly during the first half of the season.

“Don’t write off Belgium as a Mercedes circuit because they would have speed on the straight,” he added.

“Red Bull have always been good in the second sector at Spa. They will think about maximizing that with downforce levels aimed at sector two.

“That’s where we’ll really see how far Red Bull is with those Pirelli tyres,” he concluded.

With just two weeks left before the summer break ends, we cannot wait for the races to being again.

Read More: Zak Brown says McLaren tries to avoid placing “too many eggs in one basket”

“They were forced to use less fuel”: Former F1 driver blurts...