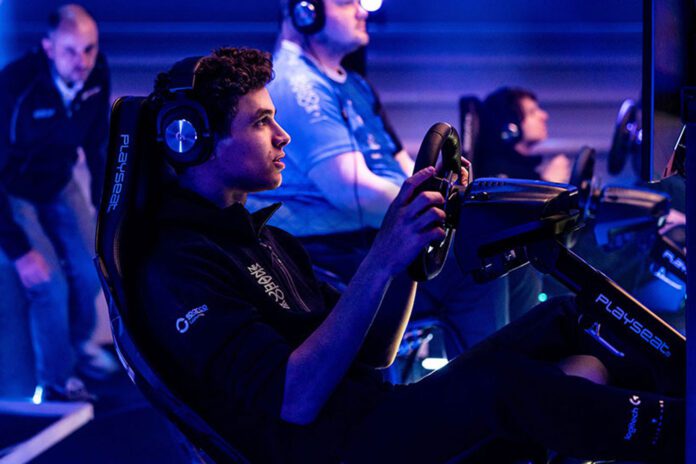 McLaren has stepped into the gaming industry with the launch of McLaren Shadow Studio which will be headquartered at MTC, Woking.

This facility will serve an active role in supporting their Esports team.

Additionally, the studio will also provide an opportunity for the ambassadors to produce content, train, and race.

McLaren delighted with the launch

According to their official website, the British team wants to explore the world of virtual racing.

“We are delighted to launch McLaren Shadow Studio and build on the fantastic work the team has pioneered in the Esports space,” McLaren wrote in their official statement.

Lindsey Eckhouse, director, Licensing, e-commerce, and Esports, McLaren Racing, stated, “The McLaren Shadow Esports team was launched in 2017 when we saw an opportunity in the space between virtual and real racing, to increase accessibility through giving people access to an incredible racing experience.”

“We pride ourselves on bridging this connection and helping us evolve into the next chapter by broadening our reach beyond Esports into gaming.

“McLaren Shadow Studio underpins McLaren’s ongoing commitment, with the support of our fantastic partner network driving our performance and progress,” she concluded.

Updates to be expected in Hungary

The Woking-based team had an incredible finish at the British Grand Prix with a P4 and a P5.

However, they were unable to cross rivals, Ferrari in the fight for P3 in the championship.

McLaren team boss, Andreas Seidl revealed that there will be upgrades to the team in the upcoming race in Hungary.

“We are bringing some upgrades to Hungary for our car in order to make sure we keep this battle up,” he said.

Will the upgrades help the team fight off Ferrari? Let us know what you think in the comments below!

Aston Martin might have to quit free practice session for sprint...