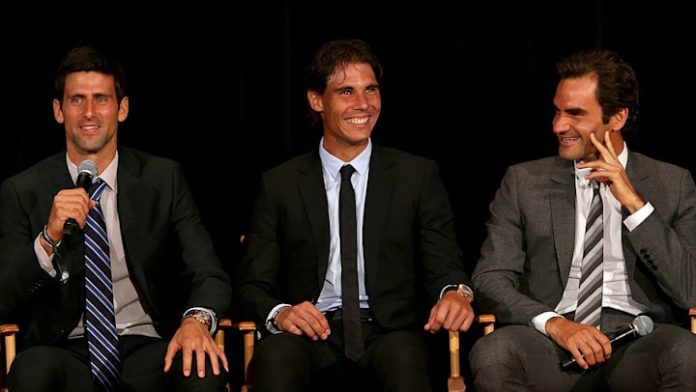 Novak Djokovic has his name etched on 20 Grand Slam trophies, 86 ATP singles titles and is widely regarded as one of the greatest tennis players of all time. However, he is some way away from being the wealthiest to have played the sport.

Roger Federer and Rafael Nadal? They’ve made a fair share of money as well, with endorsements coming their way thick and fast over the years. Even they, though, are some way off the richest person to have played competitive tennis.

Djokovic’s net worth sits somewhere in the region of $200million (just over £164million). That is certainly not pocket change by any sense of imagination.

However, the little-known former tennis star Ion Tiriac is the richest player to ever play the sport. Sure he accrued only £200,000 as a professional, but his fortune now sits at close to £1.5 billion.

How did Tiriac become so rich?

Like most athletes who wish to stay in the sport post-retirement, Tiriac also decided to move into coaching after his playing days came to an end.

He enhanced his skills and understanding of this facet of tennis by working under the tutelage of greats such as Ilie Nastase and Boris Becker, among others.

While he received initial popularity through the sport, it is only in the world outside of tennis that he made a huge financial foray. It all started towards the end of the Cold War.

Catching sight of events transpiring in his country and well aware that communism was coming to an end in his home country, Tiriac set up the country’s first privately-owned bank. This went on to become a huge financial success.

Under Tiriac Holdings Ltd, he has invested in retail, insurance and airline businesses. In 2007, Forbes named him as Romania’s first billionaire.

Comparisons between Djokovic and Tiriac are silly

It is, therefore, not surprising that his net worth today is greater than all elite tennis players.

While Djokovic enjoyed a stellar 2021, his career prize money as of now is $153 million. Apart from this, he also enjoys a number of endorsement deals with the likes of Hublot, Lacoste and Peugeot.

However, it is easy to guess that this is still some way off Tiriac.

The Romanian, who is known to be a big fan of vintage cars. When you earn as much as he does, you don’t remain just a fan though. Tiriac is believed to be the only person in the world who has two Rolls-Royce Phantom IVs parked in his garage.

Apart from this, he also owns a private jet and an entire luxury apartment complex in Bucharest.

This is a perfect example of a businessman who seized on an opportunity and really made the most of it.

It’s funny to think that some tennis fans thought a quarterfinal appearance at the 1968 French Open would go on to be the highlight of his life.

Nick Kyrgios reacts to Nadal Assisting Federer in winning against him