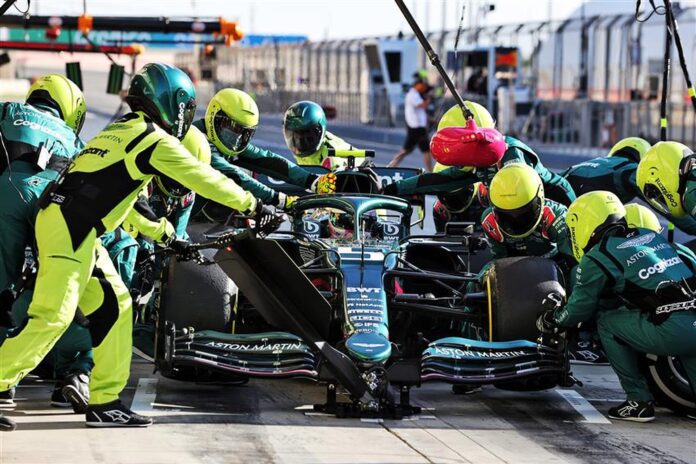 With Valtteri Bottas on his last contractual year at Mercedes, they may be on the hunt for a new driver. George Russell is the favourite to replace Bottas if it comes to that. However, there may be another candidate for the seat, according to Jacques Villeneuve.

Villeneuve has opined that Mercedes should consider a swap deal for Lance Stroll, which would see Bottas go to Aston Martin. He thinks Lewis Hamilton will not like Russell as a teammate, as he could be a thorn in his quest for more titles.

The 1997 World Champion urged Wolff to consider Stroll. Speaking on the potential deal, Villeneuve offered reasons for his thinking.

“For me, he (Bottas) could move to Aston Martin in place of Lance Stroll, who would go to Mercedes,” he said.

“Stroll Sr.’s dream, very close to Toto Wolff, is to see his son winning Championships. And Toto needs a place for Valtteri.

“For sure Hamilton doesn’t like Russell as a teammate. Better someone like Bottas, who doesn’t bother him,” he concluded.

Bottas has been a part of Mercedes since 2017. He has played a key role in the German team winning four constructor’s championships on the bounce. However, word is strong that this may be Bottas’ final season at Mercedes.

While Russell hasn’t been announced yet, Bottas hasn’t been offered an extension as well. He might be considering his options elsewhere on the grid, as he wouldn’t want to miss out on racing next season.

Alfa Romeo and Williams are two potential teams for Bottas to join. If Villeneuve’s suggestion is heard, Aston Martin may join the list of suitors. That would be a better move for the Finn, given the increased pace of Aston Martin compared to the aforementioned two teams.

Read more: Nico Rosberg believes Mercedes shouldn’t go for Bottas-Russell swap – “Not something he should do”

Max Verstappen was going through a medical checkup when Lewis Hamilton...

“It made me very happy”: Rosberg and Hamilton rivalry reignited with...