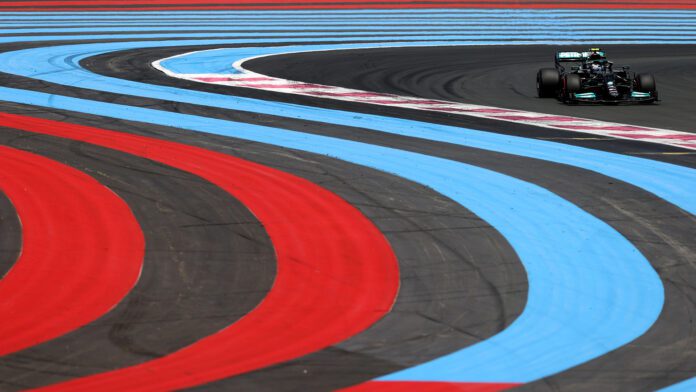 For a moment it seemed that Mercedes is all set to close the French Grand Prix with a first and third place podium finish.

However, things took a dramatic turn as Max Verstappen and Sergio Perez overtook their competitors to score a double podium.

Mercedes engineer, Andrew Shovlin, agreed that his team was struggling during the race.

What did Shovlin say?

Shovlin revealed that the cars were facing tyre degradation of a high degree.

“We could see the degradation was higher than expected but were wary of the two-stop strategy with Lewis as we’d need to pass Perez who had relatively fresh tyres,” he said.

“Once Max made the move our best option was to see if we could just hang on but unfortunately the race was a couple of laps too long for us.”

Mercedes were in the talks of doing a double pitstop with Valtteri Bottas. However, the plan was dropped.

“We were afraid of the fact that Sergio’s tyres were relatively fresh and unsure if we’d have the speed to pass on track,” Shovlin added.

However, things did not go in the favor of the Silver Arrows as Red Bull finally took over the grid.

As a result, Verstappen now has a 12 point lead over Hamilton.