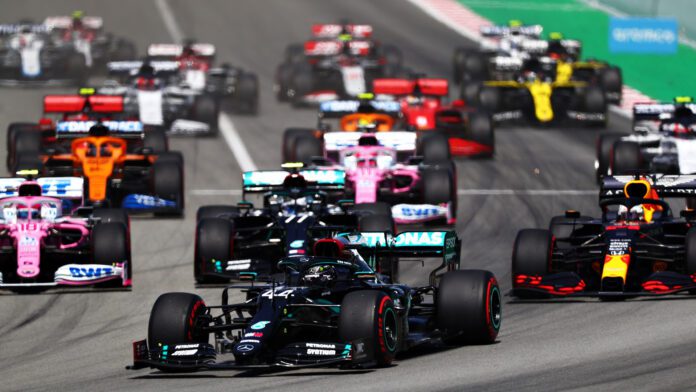 The 2021 season’s initial races were dominated by youngsters such as Max Verstappen, Lando Norris, and Pierre Gasly who had thrilling performances.

However, the race in Baku saw the more experienced drivers taking a step ahead.

While many drivers are confirmed to continue with their outfits beyond 2021, there are some who are floating targets.

British journalist Joe Saward took to his blog to present his opinion on the driver’s market.

In the blog, he writes about how various drivers are expected to continue with their current teams while others are on the lookout still.

Excerpts from the blog

“Sergio Perez’s victory in Baku will no doubt have secured his place at Red Bull Racing in 2022 and Pierre Gasly and, presumably, Yuki Tsunoda are under contract to Scuderia AlphaTauri for next year.”

Saward also claims that there are few free spots in other places.

“Esteban Ocon will stay where he is and we can expect an announcement to that effect at Paul Ricard, while little seems to be changing at Alfa Romeo at the moment either.”

One seat free at Mercedes

Saward also claims that Mercedes is one team where one seat is expected to become available.

“It may take a bit longer for Mercedes to make a decision,” he continues.

“For now it looks like Lewis Hamilton will return, probably for another one-year contract in 2022 and it is a matter of public speculation as to who will take the other Mercedes.

“I have a feeling there could be some wild celebrations during the British GP weekend,” he concluded.

This was the strange reason for Lando Norris’ delayed pitstop –...