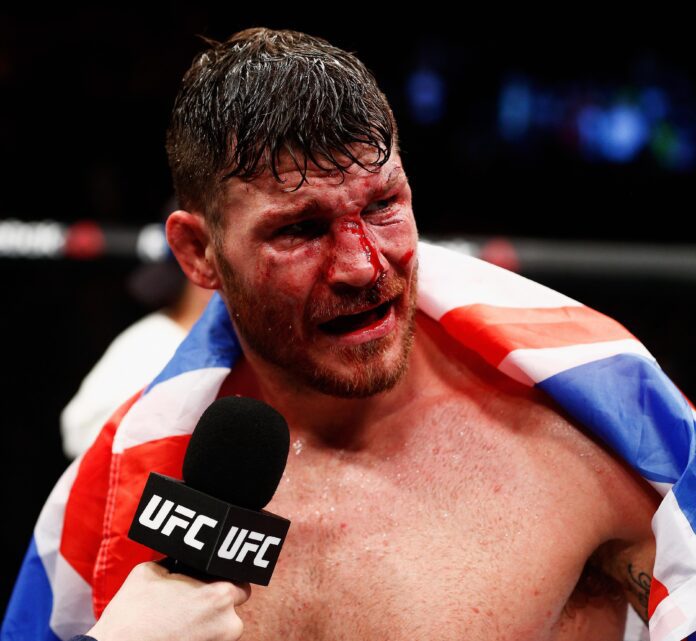 Michael Bisping was born in Cyprus and is an English sports pundit, actor, commentator, and retired mixed martial fighter.

Jan, his father, served in the British Army, and his mother is Irish. Bisping began Jujutsu training at the age of eight. He competed as an amateur in Britain’s first “no holds barred” competition when he was 15 years old.

At UFC 70 in Manchester in 2007, he defeated Elvis Sinosic via TKO. In 2005, he served as a special guest referee at the Cage Warriors event Enter The Wolfslair.

People had been telling Bisping since the beginning of his MMA career that he was a bit too small for light heavyweight and would do better at middleweight. Following his loss to Evans, Bisping opted to drop down a weight class with the approval of UFC president Dana White.

Bisping made his middleweight debut against Charles McCarthy at UFC 83 in 2008. McCarthy was unable to continue after the first round due to a forearm injury acquired after receiving an unanswered succession of knees and uppercuts from Bisping. Bisping won via TKO.

Read more: Anderson Silva net worth: How much is the former UFC champion worth in 2021?