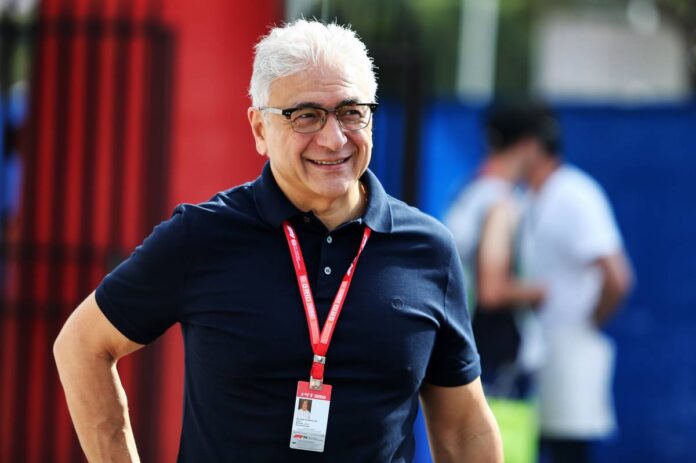 Michael Mehrdad Latifi was born in October 1962 in Iran and moved to Canada as a child. He is a 58-year-old Iranian-Canadian businessman.

Sofina Foods Inc, a Markham, Ontario-based manufacturer of processed animal products is owned by Latifi. He is also the Chairman and CEO of the organization.

Santa Maria Foods ULC, an importer and distributor of specialty Italian brands, was acquired by Sofina back in 2012.

Latifi invested £200 million (around 270 million USD or C$350 million) in the McLaren Group through the investment company Nidala (BVI) Limited. This company is also controlled by Latifi.

Latifi is married to Maria Helena Russo and has a son with her. His name is Nicholas Latifi and he is currently a driver with the Williams Formula One team.

Latifi’s net worth/personal wealth is estimated to be close to $2 billion in totality.

Following his significant investment in the McLaren Group, he made a real noise within the F1 world.

He bought a 10% stake in the Woking-based outfit in 2018 through his investment company, Nidala. This is currently valued at around $260 million

Additionally, Latifi’s name was frequently brought up in the media when rumors of Williams‘ family’s intention to sell their Formula 1 team began to spread.

Williams had to fight hard for survival after the Covid-19 pandemic struck last year.

The outfit used to race for championships in the 90s. However, within the last few years, Williams hasn’t had the easiest of times. This comes after Rokit, their title sponsors pulled out.

When the outfit were in a dire situation, he sanctioned a loan for an unspecified amount through his Latrus Racing company.

Michael Mehrdad Latifi was born in Iran back in 1962 to Mohammad Bagher Latifi and Fatemeh Latifi.

He got his education from McGill University (BS, MBA) and is currently a businessman, investor, and philanthropist.

Latifi has been active from 1980 to the current date and is known for being a part of Sofina Foods, Inc. and the McLaren Group.

Details on Latifi’s age, weight, height, and controversy are currently available. Do check this space again in the future for more updates.