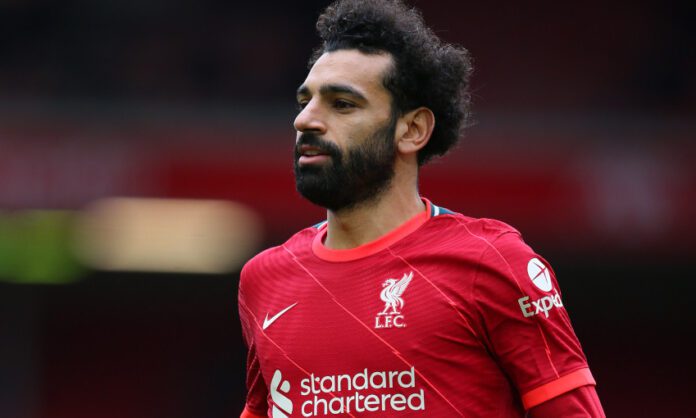 29-year old Mohamed Salah Hamed Mahrous Ghaly is an Egyptian footballer who plays as a forward for the Premier League club and Liverpool.

He also captains the Egyptian national team. He is known to be one of the best players in the world and is also famous for his techniques like dribbling, finishing, and speed.

He joined the youth team in 2006 of Al Mokawloon at the age of 14 where he was spotted by a scout.

To make the 3-hour journey to training, Salah had to miss his school.

When he was 15, his first-team manager Mohamed Radwan, noticed his physique not being fully formed. His manager had put him on a special diet and training due to which he moved to the senior squad immediately.

In May 2010, he made his senior team debut in the Egyptian Premier League. He eventually became a regular in the team by spending more and more time on the pitch.

However, even after spending this much time on the pitch, he was continuously struggling to score goals. This affected him emotionally and he used to cry in the dressing room after matches.

Against Al Ahly, he scored his first goal. In the 2011-12 season, Salah appeared in every game.

In a friendly match with the Egypt U-23 team, Salah scored twice and his team won by 4-3. The match was monitored by the Swiss Super League club, Basel.

He was also invited by Basel to stay for a week’s training.

Finally, a four-year contract was signed with Basel on 10 April 2012. Because of the language difference he initially found it hard to settle.

In the UEFA Champions League, Salah made his debut against the Norwegian club Molde. His league debut was on 12 August against Thun.

His first and second league goal was a week later against Lausanne. It was a 2-0 home win.

In the semi-final, they were beaten by Chelsea, although Salah managed to score a goal.

They won the Swiss Super League Season 2012-13 Championship title. In the Swiss Cup, they finished as runners-up.

In 2013, Salah was a key component that won the 2013 Uhrencup. In a match against Aarau, he scored, which also happened to be his first league appearance.

In the third qualifying round against Maccabi Tel Aviv, he scored his first Championship League goal.

Salah scored twice in the play-off round against the PFC Ludogorets Razgrad.

He helped Basel to win the league title for the fifth time by scoring 4 goals in 18 games.

In January 2014, Salah was the first Egyptian to be signed by a London-based club. Chelsea made a transfer fee of 11 million euros.

He led Chelsea for a 3-0 win over Newcastle United on his debut for the club in the Premier League. His first goal scored for Chelsea was a 6-0 win against Arsenal.

He was performing great with Chelsea but due to some military service reasons, Salah had to join the Italian club Fiorentina until the end of 2015-16.

On 14 February, he scored his first goal for the club against Sassuolo and the match ended in a 3-1 win for Fiorentina. He also gave a game-winning performance against Inter Milan and Juventus.

At the end of the season, Salah was offered an option to make the loan permanent with Fiorentina, but he refused. However, he agreed to join fellow Serie A club, Roma.

With the option to make the loan permanent, Salah joined Roma.

It was for a season-long loan for 5 million euros. In a match that ended in a 2-2 draw, Salah scored his first goal against Sassuolo.

He led Roma to earn a fourth straight league win by scoring the opener against Fiorentina. He also led Roma to a win against Carpi.

On a permanent deal for 15 million euros, Salah was signed with Roma. He led Roma for a 4-0 win against Udinese with his first goal of the season.

In the win over Bologna, he scored a hat-trick; which happened to be his first hat-trick for the club.

He had to stay out of the game for some days due to a ruptured ankle ligament.

He then scored the opening goal and defeated Lyon in the UEFA Europa League.

In an interview with CNN, Salah told that scoring a goal is just like praying and thanking God.

He also tested positive for Covid-19 in November 2020.

In a match against Maccabi Tel Aviv, Salah appeared to avoid shaking hands with an Israeli club player. This became a hot topic of conversation.

Salah had a share of controversy for highlighting his double standards after doing a cover shoot for GQ.

In the photo, he was seen with Alessandra Ambrosio, a Victoria’s Secret Angel.

It was so disappointing to the fans that many of them did not show interest in wishing him the GQ’s Man of the Year award, 2019.