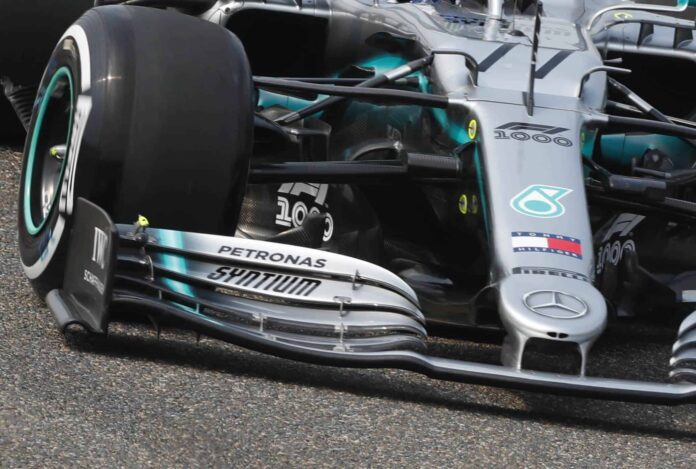 This comes after Wolff mentioned that Mercedes is willing to raise their voice if Red Bull decides to use their rear wing during the Azerbaijan Grand Prix.

Marko, however, goes on to say that Mercedes’ front wing is one of the most flexible on the grid. He also says that Mercedes will not attempt to protest considering the chain reaction it might set off.

Testing to be done after Baku

With Red Bull’s rear wing attracting controversies, the FIA has decided to implement rigorous tests from June 15. This means that the outfit can use their wing in Baku.

Marko claims that if Mercedes decides to protest, they will have to go against eight other cars.

“Mercedes would have to protest against eight cars,” Marko explained to F1-Insider.com.

“Because in addition to us, Ferrari, Alfa Romeo, and Alpine are also affected. Do you really want to do that and cause a major scandal? I do not think so.”

“We expect that the tests for the front wing will now also be tightened, that’s just fair. Because especially the front wing of Mercedes is the most wobbly candidate in this area. In any case, there is also potential for protest.”

During the Monaco weekend, Wolff explained that their front wing is bending as much as that of the other teams. But this issue might lead to Red Bull and Mercedes engaging in a battle of words.

“We’ve analyzed the front wings and they are bending exactly the same way [as] the Red Bull and the Mercedes wing so we could be protesting each other on the front wing also,” Wolff told Sky Sports F1.

“But it’s clear that the rear wing bends more than it should. Under the rules, it has been classified as nonconformant, but we are left in a vacuum where a new test will be introduced after Baku.

“So, it is what it is but we have played it pretty robust in our legal position and it’s just an advantage.”

DAS illegal but was still used

Marko is, however, agitated by Mercedes and goes on to bring up the topic of DAS (Dual-Axis Steering) which was fitted in the Silver Arrow’s car.

After an investigation by the FIA, the outfit were instructed to remove the DAS for the current season.

“In Formula 1, it is part of the game that the teams look carefully when the competition has something special about the car,” Marko explained.

“We did that when Mercedes came around the corner with the innovative DAS system last year. The FIA ​​has declared the system illegal, but they were still allowed to use it until the last race.

“We accepted that. Why doesn’t Mercedes now accept that the same thing is done with our rear wing?”

Read More: “Expected Hamilton to act like that when things don’t go his way”: Brawn feels Lewis is a sore loser

Alonso claims he is better than Hamilton, Verstappen and Vettel