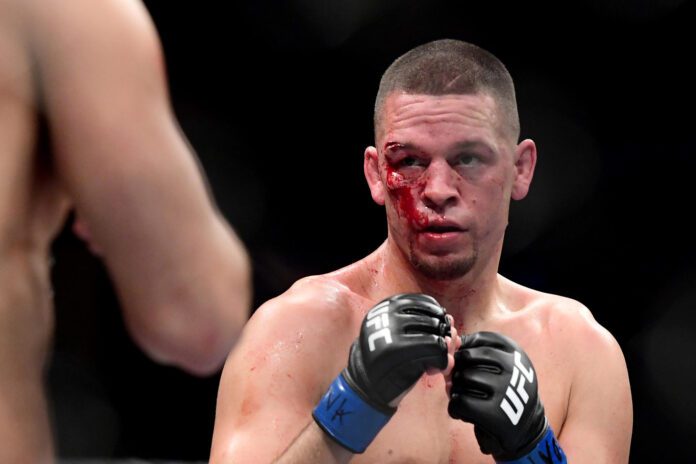 MMA fighter Nate Diaz is targeting a return to fighting in December.

Diaz is preparing for a return to competitive fighting by the end of the year. However, no opponent, date or venue has been confirmed, despite rumours that there are “several high-profile options” available to him.

On Wednesday, Diaz posted a picture on Instagram with the caption “defending in December”, a possible nod to his return date.

Many speculate that Diaz will return and fight Dustin Poirier, with whom he has had an ongoing rivalry for a while now. They have recently been exchanging heated words online after Poirier beat Conor McGregor for the second time.

Diaz was scheduled to face the top-ranked lightweight contender in 2018, but the fight was called off later. Recently, Poirier took a dig at Diaz, suggesting he was the guy who got the fight cancelled.

Speaking on the MMA Hour, Poirier said, “He won’t tell the true story of how the fight fell apart

“I’m the fall guy. I get some injections in my hip, and it looks like I pulled out of the fight, when the fight was already off the table at that point. I just feel like we’ve got to fight at some point. But we’ll see.”

Cards on the table

Poirier may be the opponent fans want Diaz to face, but he is not the only prospective contender. Diaz also has a score to settle with Jorge Masvidal, the man who beat him via doctor stoppage TKO due to cuts he received during the fight. Since then, fans have been salivating at the thought of a rematch between the two. His other rival Gilbert Burns is also a dark horse for a fight, after he called out Diaz several times in the last few months.

Diaz’s opponent is yet to be announced, as are other details of his return fight. However, it looks like he will be back in December, and he will be having the fire to go at it.

“He always gets knocked out and beaten”: Covington brands former teammate...