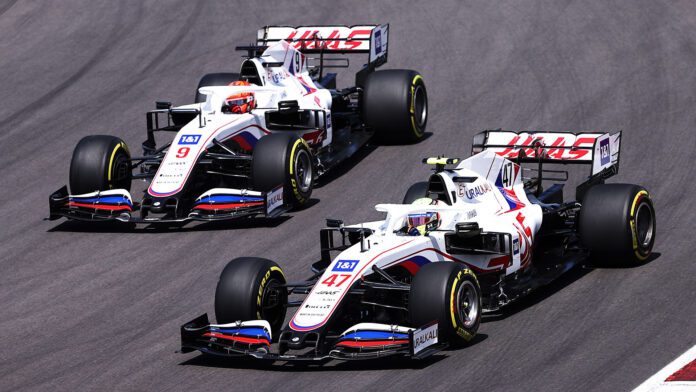 Although Mick Schumacher‘s entry into the world of premium motorsports was with a car that is the least competitive, he has picked up pace.

According to former F1 driver Nico Hulkenberg, Schumacher has been learning quickly and steadily.

The German also talks about his opinion on Schumacher’s teammate Nikita Mazepin.

What did Hulkenberg say?

He’s just going through a huge year of learning,” Hulkenberg said of Schumacher. “It’s not an easy year, but I think his learning curve is really steep and steady. He does it really well.”

Hulkenberg also talked about how difficult it is to drive a car that perpetually remains on the back of the grid.

“He obviously drives in a car that is not very competitive, which is of course not easy, especially when you are promoted to Formula 1 as a rookie You will be overtaken in every race, and actually only fight against your teammate,” he added.

Hulkenberg went on to talk about Nikita Mazepin, the teammate in question.

“I think, from a sporting point of view, he may not be the very best yardstick. Maybe it’s a challenge in terms of character, you noticed that there is a bit of friction between the two in the team,” he stated.

“There were also a couple of racing situations in which things weren’t so fair, but sometimes that is part of it,” he concluded.

Read More: Sebastian Vettel still unsure about reason for his grid penalty – “I think I was the only nice guy”