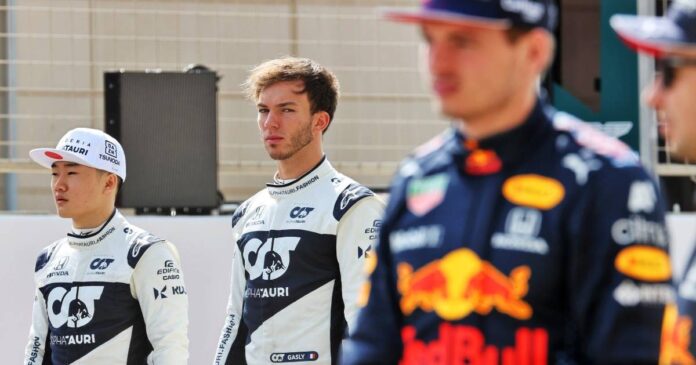 Pierre Gasly and Max Verstappen are the perfect representation of how having a strong teammate is both a boon and a curse.

Back in 2019, both drivers were driving for Red Bull but Gasly was demoted to their sister team, AlphaTauri after being unable to handle Verstappen’s dominance.

However, the Frenchman has seemed to find his pace after bagging three podiums and a win for the team.

As a result, 2016 world champion, Nico Rosberg thinks that Gasly was unable to bring out his full potential due to the mentality at Red Bull.

Verstappen to be blamed?

“You mustn’t forget that it’s mentally a different situation now. He no longer has Max Verstappen at his side in the same car,” Rosberg said.

“Who knows, maybe that was the problem he couldn’t cope with mentally? To have such a strong teammate,” he concluded.

One thing is clear, Gasly has been able to truly find his form after his exit from Red Bull.

While the Frenchman did not have much luck during his first tenure at Red Bull, his upgrade in the performance hints at him looking to go back for redemption.

“You have to have the will. It’s there on my side. I want a competitive car with which I can fight for podiums, wins, and the World Cup. I’m sure that we will talk about my future in the coming weeks and months. Whether at Red Bull, AlphaTauri, or elsewhere,” he said.

“I’m doing my best to make them realize that I deserve this cockpit. Not many other drivers have achieved three podiums in a midfield car,” he concluded.

We are yet to see if the young driver is able to find a seat with his old team again. but for now, he is simply focused on the current season.