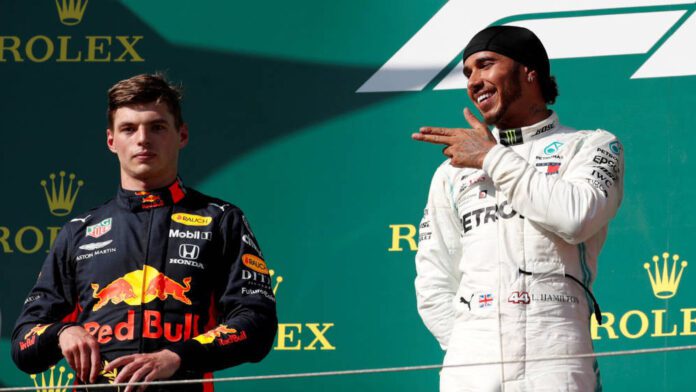 For a while now, there has been a consistent battle for the best driver between Lewis Hamilton and Max Verstappen.

While several drivers and prominent figures have pitched in their opinion, Hamilton’s old teammate, Nico Rosberg, is the latest one to provide his two cents.

Both drivers have their own advantages that help them in the fight.

Verstappen, on the other hand, is the youngest driver to have his debut in the sport. He is also known for his raw pace and aggressive driving style.

Former Mercedes driver, Nico Rosberg shared a video on his YouTube channel where he talks about Hamilton’s driving style.

He explains that Hamilton’s tactics against the Dutchman just goes to show that he might just be the best driver of all time.

Rosberg also explains that Hamilton’s strategy of ‘risk management’ can work in his favor against a more ‘aggressive’ Verstappen.

“So, Lewis will be able to do that better than anybody else out there, to manage his whole season in terms of risk to try and avoid any big mistakes,” he said.

“And we’ve seen that in his battles with Verstappen that he is actually now two times, on the start, given way to Verstappen when Verstappen was really aggressive and where, if Lewis would have just held his position, there would have been a big collision and maybe even crash.

“He’s given way because he said, ‘risk management – I know I have a chance later in the race still’ and that’s just where his incredible experience comes into play and that makes him such an incredibly tough opponent out there.

“And of course now one of the best or the best of all time,” he concluded.

“Even greater than Hamilton”: Rosberg on what Mick will have to...

“Competition that should be carried out on fair grounds”: Wolff admits...