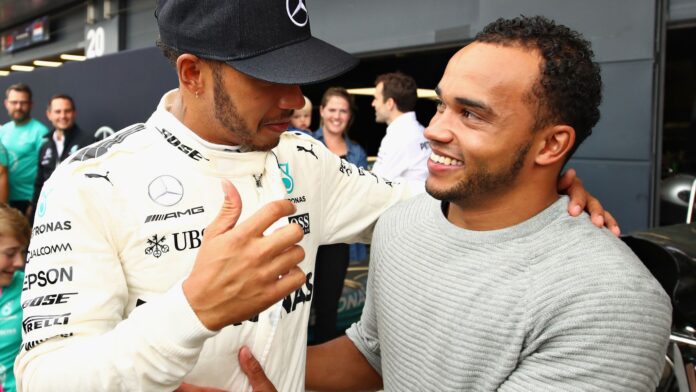 Nicolas Hamilton seems to be on enemy territory against his brother Lewis with his choice of club.

The younger Hamilton joked about signing with North London club Tottenham Hotspur on his Instagram. It had a video of him kicking a football and doing a cartwheel down a hill. The caption of the post read “Hamilton signs for @spursofficial! I always knew my first touch would get noticed!”

This is all well and good, until you remember his elder brother Lewis is a massive supporter of Spurs’ rivals, Arsenal. That should cause some interesting family drama, especially during the North London derby. With the Premier League season starting in a couple of days, it will be more interesting. We would love to see the two brothers engage in banter about each other’s rival clubs.

The younger Hamilton is also a racing driver like his younger brother. He suffers from cerebral palsy, yet he is racing despite his condition. His inspiration is his motto, which is “You can do anything if you put your mind to it.”

Nicolas was only a year old when his condition was revealed to his parents. The doctors were sure that he would never walk, and his already-poor eyesight would get worse with age. Then he overcame all the odds and obstacles he had to get through, and became a racing driver.

In 2015, he became the first differently-abled driver to compete in the BTCC. Like his elder brother, he is an inspiration to those who follow him, and his grit and determination are incredibly admirable.

The two Hamilton brothers are incredibly close, and we are sure their love for each other trumps any club affiliations and the like. Nicolas and Lewis will be brother goals for a lot of us, no matter what football team they support.

“Compared to Ricciardo”: Boullier makes honest admission about who he can...