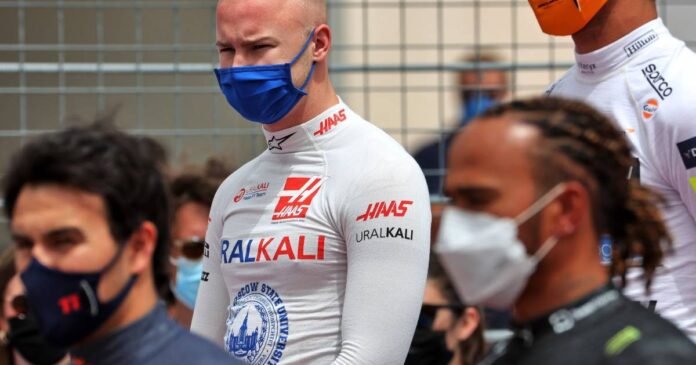 The unfortunate incident between Sebastian Vettel and Fernando Alonso raised many eyebrows.

Alonso’s qualifying run ended early and Vettel was handed a three-place grid penalty for his actions. Nikita Mazepin talks about the incident.

The Russian has been involved in a bunch of on-track antics. However, he feels that the big names are able to escape major criticism when they mess up.

Mazepin having a tricky time on track

The 22-year-old Haas driver is currently in his first season in the sport.

However, in just eight races, he has seen a lot of criticism from other drivers and fans alike.

The rookie was found ignoring blue flags and even blocking other drivers during practice and qualifying sessions.

Even though Mazepin usually drives at the back of the pack, he had much to tell about the Vettel-Alonso incident.

“I just think that F1 is a very double-faced world, and if you’ve got a big name under you with loads of championships on your belt, your actions are less criticized than if you don’t,” he said.

“In the drivers’ briefing our race director has made new rules, saying that you have to make your track position in Turn 8 and you’re not allowed to back up in Turn 9 and 10, which means that you have to keep up the speed into those two corners.

“What I’ve seen happened in Q2, and the incident [between Alonso and Vettel], is the exact opposite,” he concluded.

Rules should be same for all

The Russian went on to state that rules should be the same for all drivers.

“Every driver is human, they can get caught out. And they’ve been caught out. Everyone just needs to apply the same rules to each other and then it will be a happy place,” he said.

We are yet to see some impressive driving from Mazepin. Hopefully, he will be able to improve his game soon.