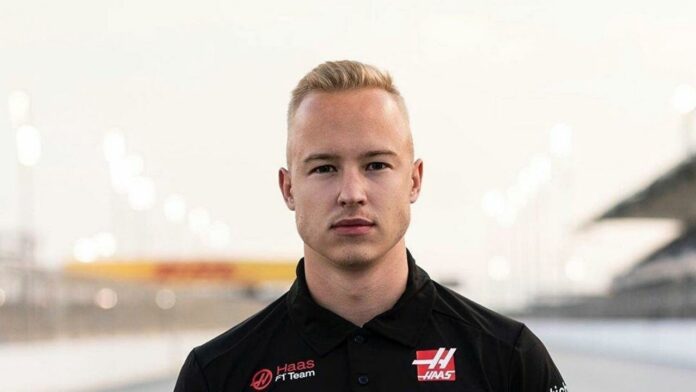 Nikita Mazepin recently confirmed his F1 seat along with Mick Schumacher with Haas for the 2021 season. But what is interesting is that 21-year-old Mazepin’s dad, Dmitry Mazepin, is a Russian oligarch who pretty owns the Haas F1 team.

He has been involved in a series of high-profile controversies and quickly managed to emerge as Formula One’s most hated driver.

In addition to that, his performance on the grid has not been very overwhelming to say the least which has led many fans to conclude that he is just another ‘pay driver’ who managed to buy a F1 seat with daddy’s money.

Today, we look at some of his past events and try to analyse if he really deserves the tag of the ‘most hated driver’ on the grid right now.

Nikita Mazepin laughed off at a culturally inappropriate comment towards Japanese driver Yuki Tsunoda. And it did not end there; he also defended the racist comments made by his fans by saying that “this is a real world.”

Partying during the Uralkali mine collapse: Back in 2018, a Uralkali mine collapsed in Solikamsk. It was declared a day of mourning for the region. But our very own Nikita Mazepin was seen partying in a Moscow nightclub with several Russian influencers. The most disturbing fact is that his father, Dmitry Mazepin is a major shareholder in Uralkali.

Mazepin asked for sexual favours from a fangirl

A female Formula 1 fan shared screenshots of an online conversation with Mazepin. In the screenshots, he asked the girl for rather obscene pictures in return for a paddock pass. But when she disagreed, he just ditched her because apparently, he did not have time for girls who played hard to get.

By now your irritation level should be somewhere between 7-8 out of 10. But unfortunately, there is more to come.

Aggressive behaviour on the track

He once punched F2 competitor Callum Ilott in the chest, resulting in a black eye and swollen jaw for the British driver. Mazepin received a one-race suspension as a result of the incident. With this, we know that his inappropriate behaviour can be seen both on and off the tracks.

Mazepin’s latest screw-up is by far the most serious one till now. He posted a video on his Instagram handle where he appeared to grope a woman from the passenger seat of a car.

The victim appeared to be visibly uncomfortable with the gesture. This incident led to widespread media coverage which finally resulted in the #WeSayNoToMazepin campaign and a Change.org petition demanding his removal from the Haas F1 team. The video was later taken down from his account.

Haas condemned the conduct of their latest recruit by issuing a statement on Twitter.

Mazepin himself issued an apology on Twitter. He stated, “I would like to apologise for my recent actions both in terms of my own inappropriate behaviour and the fact it was posted onto social media.

“I am sorry for the offense (sic) I have rightly caused and to the embarrassment I have brought to Haas F1 team. I have to hold myself to a higher standard as a Formula 1 driver and I acknowledge I have let myself and many people down.

“I promise I will learn from this.”

How much he has learned from this incident still remains a big question as he deleted his apology from Twitter.

Looking at the above incidents, Nikita definitely needs to tone down his inappropriate behaviour by several notches. It’s not that he does not have potential.

In fact, he finished second place in GP3 back in 2018 alongside Illot for ART. But then all the other drivers in F2 have potential. There were definitely other drivers who were more deserving than him.

However, his father’s cash really seemed to speed up the process of booking an F1 seat for his beloved son.

Read more: Cream of the crop: Meet some of the WAGs of F1 drivers

Toto Wolff net worth: How much does the Mercedes team principal...

Sergio Perez uncomfortable in car despite early success – “Have to...