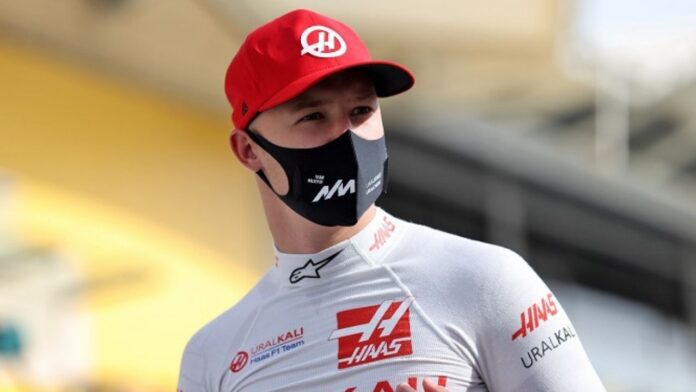 Nikita Mazepin has offered a response to Lewis Hamilton‘s jibe stating that Formula 1 has become a home for ‘billionaire kids’.

The seven-time world champion was talking about drivers like Mazepin, Lance Stroll, Nicholas Latifi among others.

Mazepin was asked about what it is like to be the son of Russian industrialist and billionaire Dmitry Mazepin.

To this, the young rookie had an uncanny reply.

“Every new driver in Formula 1 has received support from sponsors,” he stated.

“Some are the makers of energy drinks, one is the richest man in Mexico – these are all people who are on the grid today that we could all talk about as well.”

Mazepin has been involved in a lot of controversies both on track and with other drivers. Some might say his start in Formula 1 is far from picture-perfect.

No beef against Hamilton

The Russian, however, affirms that he has no grudge against Hamilton.

“We have always had a very correct relationship,” he said.

“We haven’t communicated much, but in the paddock, everyone is very polite so I don’t feel anything negative,” he mentioned.

Mazepin owes thanks to Norris

The 22-year-old went to state a word of thanks for drivers like Lando Norris who have been supportive of him against online attacks.

“My manager, who used to work with Lando, sent me that video. I think he has also found himself in difficult situations in his career,” he stated about the McLaren driver.

“During the stream, he simply disagreed with those who joined in on the hate about me. I have to say I was really happy about that – I have always had a good relationship with him.”

The Haas driver also mentioned that he acquired support from two world champions.

“Due to covid, the F1 teams are stuck in these bubbles so I’ve actually seen and talked with very few people,” he said.

“Of the drivers I have seen, I have very good relationships with all of them. I would especially point out the older generation such as Alonso and Vettel. Very nice men.

“I remember seeing them as a child as superheroes and now I see they are very open and down to earth,” he concluded.

Adrian Newey explains the main advantage in having Sergio Perez at...

Valtteri Bottas recalls race-ending pitstop horror in Monaco – “It is...