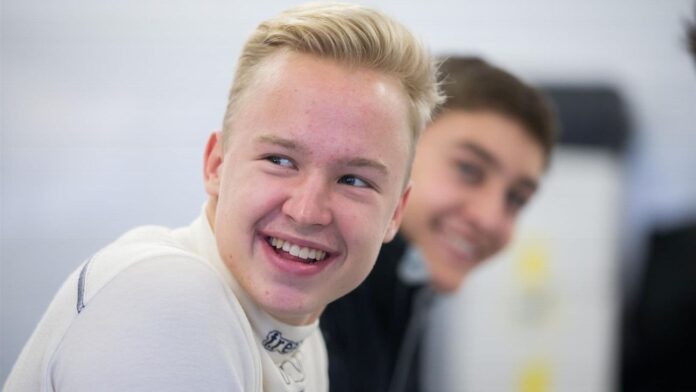 Sadhguru, born Jagadish Vasudev, is a yogi who runs a non-profit establishment called Isha Foundation. The 63-year-old is also a massive F1 fan, and also watches other racing series.

Recently, Sadhguru met with Mazepin in Azerbaijan after the dramatic race weekend. Mazepin took to Instagram to post a picture of his meeting with Sadhguru. He captioned it “It’s an honour to welcome Sadhguru” and shared it with his followers.

Perhaps Mazepin should have met the yogi earlier for some good luck, because it was still a terrible weekend for him and Haas. He was once again considerably slower than his teammate Mick Schumacher. It was only due to the safety car that he found himself closing the gap to the care ahead of him.

Sadhguru must have felt lucky to meet the driver who finished P14, ahead of defending champion Lewis Hamilton. It is a comical stat that summed up his season so far, and also Hamilton’s disastrous mistake post-restart.

This isn’t the first time Sadhguru has met with an F1 driver. Last year, Sadhguru had an interactive session with former world champion Nico Rosberg.

Sadhguru explained that he was in Ferrari’s paddock in 2014 during the Singapore Grand Prix. As a result, he saw Rosberg suffer his first DNS of that season live and in person.

Sadhguru seems to be a hardcore fan of F1, then. His interest in the sport is clearly there, and it only seems to be going upwards with time. Having met with Rosberg and Mazepin, he will most certainly be looking to check more drivers off his meet and greet list.

As for Mazepin, he will hope the meeting with Sadhguru lends him some luck for his future races. Given how his season has gone and the controversies he is neck-deep in, he will be hoping and praying for some good fortune on all fronts.

Read more: Nikita Mazepin might be forced back to Russia to serve mandatory army service