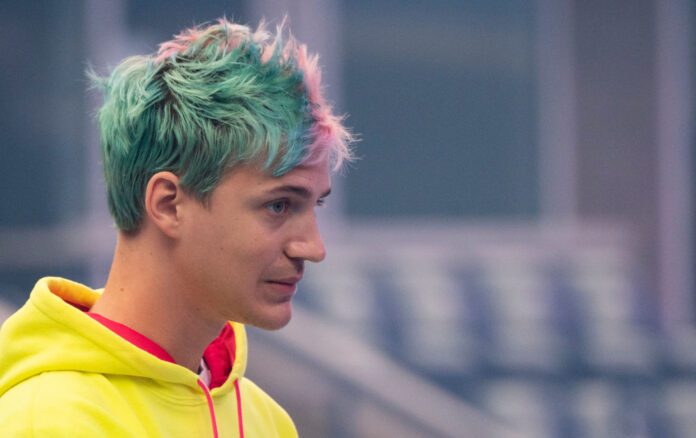 Richard Tyler Blevins, better known by his online alias Ninja, is a Twitch streamer, YouTuber, and professional gamer from the United States.

Richard Tyler Blevins was born on June 5, 1991, in Los Angeles, California, to American parents of Welsh ancestry. He was born in the Detroit region but moved to the Chicago suburbs with his family when he was a baby.

Blevins got his start in streaming by joining numerous esports teams in competitive Halo 3 play, and he rose to prominence when he first started playing Fortnite Battle Royale in late 2017.

His ascension to national media began in March 2018, when he streamed Fortnite with Drake, Travis Scott, and JuJu Smith-Schuster, smashing Twitch’s peak viewer count record. Blevins has almost 16 million followers on Twitch, making him the most-followed channel as of June 2021.

He started with H1Z1, then moved on to PlayerUnknown’s Battlegrounds. In 2017, he joined Luminosity Gaming as a Halo player, then moved to H1Z1, and finally to PUBG, where he won the PUBG Gamescom Invitational Squads classification in August 2017.

Blevins began streaming the freshly launched Fortnite Battle Royale immediately after the PUBG Gamescom Invitational. His fame grew in tandem with the game’s success in late 2017/early 2018. His Twitch followers had increased from 500,000 in September 2017 to over 2 million by March 2018.

While playing Fortnite with Drake, Travis Scott, and JuJu Smith-Schuster in March 2018, Blevins set the Twitch record for the highest concurrent audience on an individual stream (outside of tournament events), 635,000.

This stream led Epic Games, the creators of Fortnite, to stage a philanthropic pro-am tournament at E3 2018 in June of that year, featuring notable streamers like Blevins paired with famous celebrities in Fortnite; Blevins paired with electronic musician Marshmello and won the event.

During his event Ninja Vegas 2018, in April 2018, he broke his own viewing record, accumulating an audience of around 667,000 live viewers.

Blevins joined with Red Bull Esports in June 2018, and on July 21, 2018, he staged a special Fortnite tournament, the Red Bull Rise Till Dawn in Chicago, where players could challenge him.

Blevins’ growth in Twitch popularity is thought to be linked to the success of Fortnite Battle Royale. In December 2018, Blevins estimated that he had earned close to US$10 million in 2018. While Epic Games stated that they had generated more than US$3 billion in revenue for the year, mostly from Fortnite.

To recognize Blevins’ contribution to Fortnite’s success, Epic released a Ninja-themed cosmetic skin to the game in January 2020. As the first instalment of an “Icon Series” for other real-life Fortnite characters.

According to Reuters, Blevins was paid US$1 million by Electronic Arts to promote Apex Legends, a rival battle royale game to Fortnite, by playing the game on his Twitch stream and promoting the title through his social media accounts during Apex’s February 2019 debut. Blevins departed Twitch on August 1, 2019, to solely stream on Microsoft’s Mixer platform.

Blevins has over 24 million YouTube subscribers as of April 2021, in addition to a high amount of Twitch and Mixer users. He was earning over $500,000 per month from streaming Fortnite at the time.

He attributes his success to the game’s free-to-play business model. Blevins was liberated from his exclusivity arrangement due to the shutdown of Mixer in July 2020. This allowed him to stream on other platforms.

Blevins announced on September 10, 2020, that he will return to Twitch streaming after securing an exclusive multi-year deal.

In 2015, Blevins and his family appeared in multiple episodes of the television game show Family Feud. After achieving fame, his family returned as contestants on Celebrity Family Feud on an episode that aired in August 2019.

Blevins is the first professional esports player to be featured on the cover of ESPN The Magazine in September 2018, marking a breakthrough into mainstream sports fame. In October 2018, Blevins collaborated with the record company Astralwerks to create Ninjawerks: Vol. 1, an album of original tracks by electronic music groups. On December 14, 2018, the album was released.

Blevins was among the Internet personalities highlighted in YouTube Rewind 2018: Everyone Controls Rewind. Blevins made a brief appearance among several other professional football players in the NFL’s “The 100-Year Game” commercial, which aired during Super Bowl LIII in 2019. He was the only person in the advertisement who had no connection to football in any way.

Blevins has published a number of novels with Random House. Clarkson Potter, a Random House imprint, released Get Good: My Ultimate Guide to Gaming on August 20, 2019.

Blevins appeared as “Ice Cream” in the second season of Fox’s reality music competition The Masked Singer. He was compelled to expose his name after being voted out following his first performance to Devo’s “Whip It” and Lil Nas X’s “Old Town Road” Blevins told Entertainment Weekly that he accepted the request to join since his wife was a fan of the show.

Blevins raised nearly $110,000 for the American Foundation for Suicide Prevention during a charity webcast in February 2018. Blevins gave away over $50,000 in prize money during the first Fortnite Battle Royale Esports tournament in April 2018, with $2,500 of that going to the Alzheimer’s Association.

Later the same month, he took part in the #Clips4Kids event alongside fellow broadcasters DrLupo and TimTheTatman, raising over $340,000 in total. Blevins and Marshmello won the Fortnite Pro-Am tournament at E3 2018, and the $1 million prize was donated to a charity of their choice.

Ninja is married to Jessica Goch.

Read more: Ninja net worth: How much does the world’s most popular gamer earn?