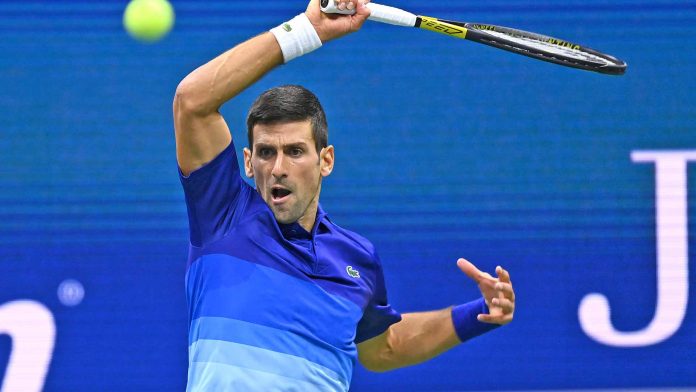 Most fans expected Novak Djokovic to make history and win the Calendar Grand Slam against Daniil Medvedev in the men’s singles final at Arthur Ashe Stadium on Sunday.

In the finals of the Australian Open this year, the World No. 1 defeated Medvedev in straight sets. Medvedev, on the other hand, is a player who has been making considerable progress in recent years and it was uttered under hushed breaths that he would prove to be Djokovic’s biggest challenge in the tournament. He was, after all, seeded second in the absence of Rafael Nadal.

Novak Djokovic was under a lot of pressure from the outset, and it showed in the way he made errors on both sides of the court. Normally a fantastic backhand player, the Serb struggled to connect on most of his attempts and couldn’t match Medvedev in extended rallies throughout the match.

Medvedev took Djokovic to the sword

The Arthur Ashe audience was rooting for Djokovic to win and make history as the first guy to win 21 major titles and complete the Calendar Slam. Medvedev, on the other hand, had other ideas.

Djokovic lost the second set as well, even though he seemed to look a lot more comfortable than he did in the opener.

Djokovic’s facial expressions were tough to decipher. Medvedev was serving for the match at 5-2, and the crowd began to rally behind Djokovic in a bid to give him the required boost.

The crowd began to boo when the Russian had a championship point at 40-30, and the umpire had to intervene and hush the people before the game resumed. As a result, the Russian’s flow was disrupted, and he lost his service game.

The Serbian soon held his serve, which was met with a thunderous roar from the Arthur Ashe crowd. Medvedev, though, was still in the driver’s seat as he was serving at 5-4 in the second set.

During the change of ends, Djokovic was seen sobbing and holding a towel to his face.

Djokovic is in tears at the changeover. 😥 #usopen pic.twitter.com/UcwP6PQHrS

Djokovic just covered his face with his towel and sobbed.

The crowd support made Djokovic feel overwhelmed. Following this minor setback, the World No. 1 played two great games, but Daniil Medvedev was too good for him on the day.

Maria Sharapova appears to bury the hatchet with Serena Williams at...

“It only takes one person to give that idea to others”:...