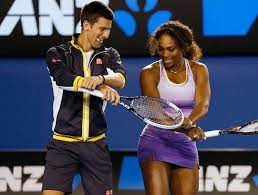 Only a few players have ever won a Calendar Grand Slam in tennis’ centuries-long history. Many renowned athletes, like Serena Williams, Novak Djokovic, and the famed Bob Bryan/Mike Bryan doubles team, have come close to achieving the elusive goal. None of them, however, were successful.

The Calendar Slam is achieved when a player wins all four major tournaments in a single year: Australian Open, French Open, Wimbledon, and US Open.

Djokovic began the 2021 season with a record-tying 9th Australian Open victory. The Serbian then accomplished the almost impossible job of overcoming Rafael Nadal, the 13-time champion, in the quarterfinals and then defeating Stefanos Tsitsipas in the final despite losing the first two sets to win his second French Open title.

After reaching the final, Djokovic said, “I’m going to treat my next match like it is the last match of my career.”

‘I’m going to treat the next match like it’s the last match of my career. I will put my heart, my soul, my body, my head into winning it.’

Novak Djokovic ahead of a historical #USOpen final in which he hopes to complete The Grand Slam.

With the Calendar Grand Slam in sight, the 34-year-old put in a valiant attempt to reach the US Open final, where he was a win away from achieving the feat.

Serena Williams, a 23-time Grand Slam champion, had a fantastic year in 2015. The American defeated Maria Sharapova at the Australian Open, Lucie Safarova at the French Open, and Garbiñe Muguruza at Wimbledon in the first three Grand Slam events of the year.

However, in the quarterfinals of the 2015 US Open, Italy’s Roberta Vinci defeated then-World No. 1 Williams, ending her opponent’s ambition to capture the calendar-year Grand Slam.

The Bryan brothers are the most successful tennis doubles combo of all time. During the 2013 season, Bob Bryan and Mike Bryan came close to completing the Calendar Grand Slam.

After winning three consecutive doubles titles in Melbourne, Paris, and London, the duo lost in the semifinals of the US Open against the pairing of Leander Paes and Radek Stepanek, missing out on a chance to win the Calendar Grand Slam.

In fact, only five players in tennis history have completed the Calendar Grand Slam. Don Budge became the first tennis player to win a Calendar Slam when he did it in 1937.