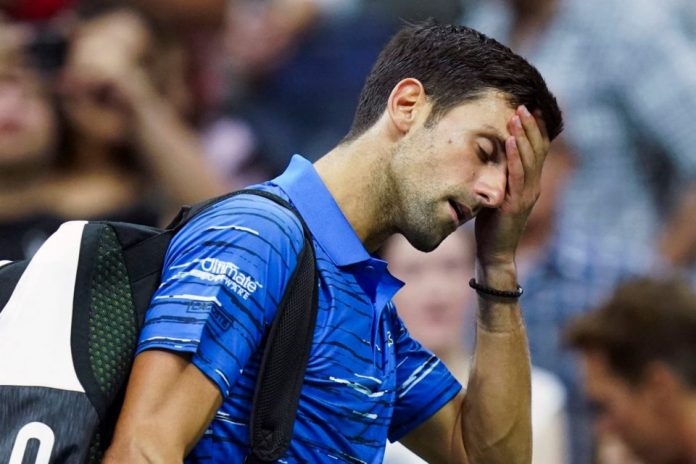 Novak Djokovic has had a tremendous season heading into the US Open. Prior to the hard-court Grand Slam, the Serbian claimed victories at the Australian Open, French Open, and Wimbledon to maintain his position as World No. 1.

In doing so, he equalled Roger Federer and Rafael Nadal for the most Grand Slam titles with 20.

Djokovic’s effort to create history in New York was taken away by Daniil Medvedev, who won his first Grand Slam in stunning fashion. Following his straight-sets loss, the World No. 1 expressed his opinions on his future prospects.

Djokovic says he has no plans for the future

During this year’s US Open, the 34-year-old didn’t appear to be himself. Except for his victory over Tallon Griekspoor in the second round, Djokovic has lost at least one set in every match. Despite winning all of those matches, he was unable to repeat his feats against Medvedev.

He said, “To be honest, I don’t have a plan, absolutely nothing. I don’t know whether I’ll play anything, anywhere. Right now, my mind is only here, in New York.”

Novak on his plans in the near future: To be honest, I don’t have a plan, absolutely nothing. I don’t know whether I’ll play anything, anywhere. Right now, my mind is only here, in New York. #USOpen

While his future is uncertain, the Serbian appears to have a good chance of remaining World No. 1 at the end of the year. Djokovic will have to wait until next year’s Australian Open to trying for a record-breaking 21st Grand Slam.

Read More: Why did Novak Djokovic not acknowledge the crowd at US Open?