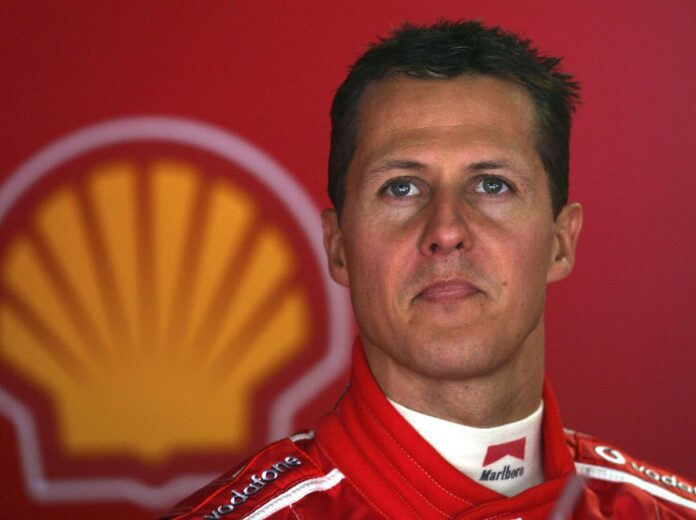 One of the most controversial races in F1 history has to be the one held at Adelaide in the 1994 season. There, Damon Hill was one good result away from winning his first world championship. Unfortunately, Hill and Schumacher collided, ending his dream.

Coincidentally, Schumacher went on to reign supreme that season. He was called out for deliberately causing the crash, a claim he vehemently refused. Williams never protested either, as the sport was still mourning the tragic death of Ayrton Senna.

After nearly 30 years, the debate still rages among fans. Now, Head has dropped a stunning allegation against Schumacher, claiming it was intentional.

Speaking on the Beyond the Grid podcast, Sir Head said, “I have the highest regard for Michael Schumacher. He was a stunning driver and a stunning person. And the people who operated with him and knew him as a person which I didn’t still hold him in the highest, highest regard.

“But, anybody who sees the film, at what happened at Adelaide could see that Michael’s car was damaged in a way. He must have known that it was undriveable, and he started going down the escape road, went straight on from the right-hand corner.”

“And when he could see Damon who, by that time, was probably four or five seconds behind him, he turned right. And he drove straight into the side of Damon’s car. Anybody that knew anything about driving race cars knew that Michael deliberately took Damon out of that race,” he concluded.

It is true that Schumacher was one of the more aggressive drivers of his era. However, it is important to note that even though Hill was taken out, Schumacher ended up suffering a DNF. This makes the debate even more heated, because which driver would sacrifice his own race to ruin his rival’s?

With Sir Head’s statements, it looks like the debate will continue to rage way into the future.

Daniel Ricciardo reveals his biggest weakness when he started racing

Vettel and Hamilton differ over opinions on Eau Rouge