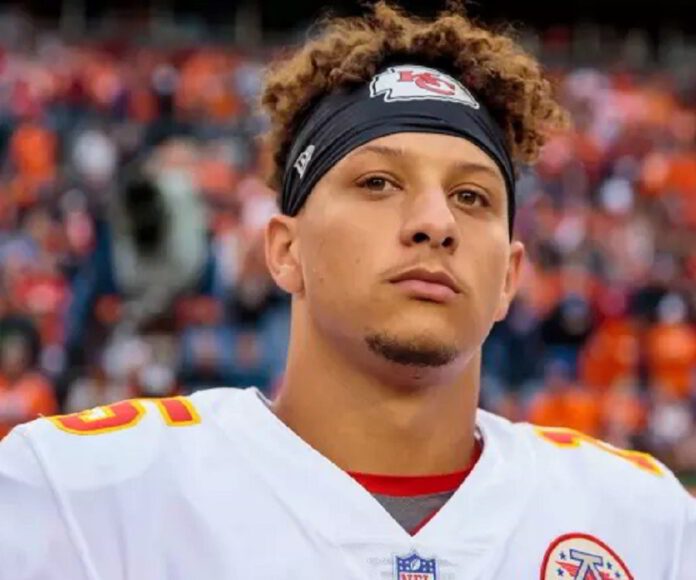 Patrick Mahomes is a quarterback for the Kansas City Chiefs of the National Football League.

Patrick Lavon Mahomes II was born on 17 September, 1995, in Texas. Mahomes is the son of Pat Mahomes and Randi Martin.

He began as a high school baseball player and was a top prospect who followed in his father’s footsteps. His dad also played baseball until 2009 and held a ranking of 25 in 1992.

Fresh out of college, experts and scouts said he’d be a first or second-round choice.

During his throwing session in the trials, his passes reached a stunning 60mph, tying him for the third-fastest pass in NFL history.

The Kansas City Chiefs selected him in the first round, making him the team’s first first-round pick since 1983.

Mahomes took over as Kansas City’s starting quarterback in 2018. He assisted his squad at Kansas City and defeated the Los Angeles Chargers in the opening game. The AFC recognised him as the ‘offensive player of the week’ for his efforts in the game.

Mahomes went on to win many offensive player of the week, becoming one of only two players in NFL history to have over 5,000 throwing yards in a season, while leading the Chiefs to their third consecutive division title.

He was instrumental in leading the squad to its first AFC championship since 1993. Mahomes’ outstanding performance in the 2018 season garnered him a slew of honours.

Mahomes has several endoresement deals. His list of sponsors include Adidas, Essentia Water, Head & Shoulders, Oakley, DirectTV among others. He is expected to earn $7 million from his endorsements and other deals.

Kell Brook net worth: How much is the boxer worth in...