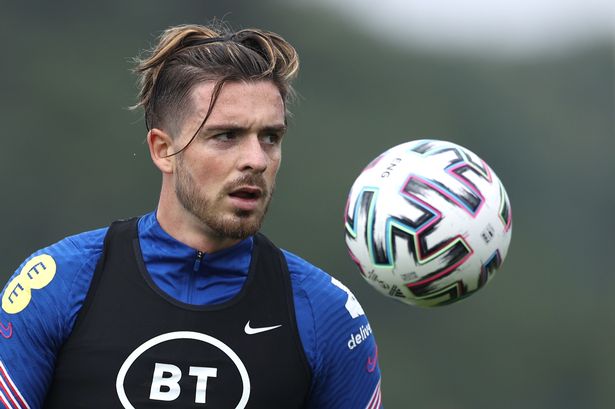 Manchester City manager Pep Guardiola has spoken about the Jack Grealish transfer at a press conference.

Ahead of the Community Shield on Saturday, Guardiola gave his thoughts on City’s new signing. Grealish moved from Aston Villa to City in a high-profile, £100m record deal. This is both a club and league record, and the highest-ever fees paid for an Englishman.

Guardiola spoke about how he has been a fan of Grealish since the first time he saw him play. He admitted that the Villa captain suited his tactics and style of play, and saw that he would be a perfect fit for a Pep team.

“Sometimes it’s not possible, you have the squad, you have to invest in other parts of the team which are weaker but especially when I saw him on TV, I said this guy controls the tempo I love when he has the ball he stops before the dribble and the opponent stops as well.

“He controls the tempo when he accelerates and decelerates. Especially when I saw him when we played Aston Villa, the physicality, the mentality. I liked many things we saw, that’s why we tried. We could do it because we could sell, otherwise Jack would still be a Villa player.

“We believe that he will be perfect for us and for the age, quality, plus he is English. I’m sure he will be an incredible player for the national team and we’re delighted to have him with us,” he concluded.

Guardiola also assured that Grealish’s English teammates like John Stones, Kyle Walker and Raheem Sterling would ensure he feels welcome and would settle quickly. He also added that at City, he will have the best possible platform to take his game to the next level.

Grealish has inherited the No. 10 jersey, which used to belong to a certain Kun Agüero. He may not feature on Saturday against Leicester City, but he most certainly will in the Premier League.

Read more: Harry Kane: Where should the Spurs striker go next?

Fred will be not be allowed to play in United’s next...