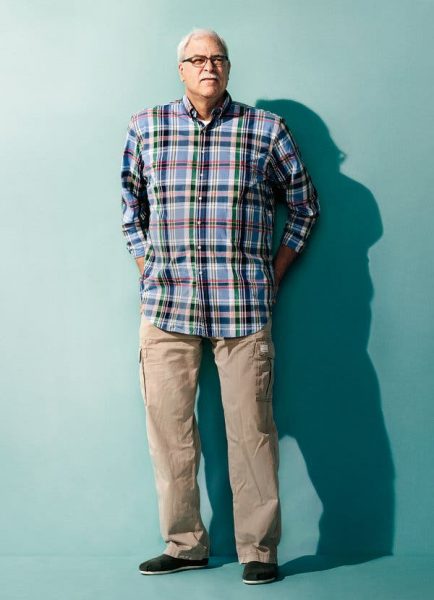 Phil Jackson is a former NBA player, coach, and team executive. He was inducted into the NBA Hall of Fame and named one of the top ten basketball coaches of all-time.

Phil Jackson was born in Montana on September 17, 1945. Jackson grew up in a religious family. Both of his parents were Assemblies of God ministers who preached once a week.

Phil Jackson was persuaded to attend the University of North Dakota after graduating from high school, where he had the opportunity to play basketball under coach Bill Fitch. Jackson learned a lot about basketball from Fitch while playing for the Fighting Sioux.

Several key players retired after the Knicks won the championship. Jackson was able to break into the starting lineup for the first time as a result of this. This continued until 1978, when Jackson spent two seasons with the New Jersey Jets. Jackson retired from professional basketball in 1980.

Jackson launched his coaching career after that. He eventually made a name for himself as a coach in Puerto Rico’s professional league. Jackson began his NBA career as an assistant coach for the Chicago Bulls in 1987. He was promoted to head coach two years later.

Jackson coached the Los Angeles Lakers from 1999 to 2004. He helped the team win the championship in his first season. During this time, Jackson won two more championships with the Lakers.

Jackson left the Lakers in 2004, but returned in 2005 when his replacement coach had to resign due to health concerns. Despite the Lakers’ initial struggles, Jackson led them to a championship victory in 2009.

In 2010, they repeated the feat, giving Jackson his eleventh championship title.

After being diagnosed with prostate cancer, Jackson’s health began to deteriorate. He decided to postpone his surgery and continue coaching for another season. He announced his retirement from coaching in 2011.

Phil earned a total of $9 million during his 9-year coaching career with the Bulls (winning six championships). Jackson took a brief hiatus from the NBA after leaving the Bulls, only to return in June 1999 with a $30 million five-year contract with the Lakers.

Phil earned $11 million per year as President of the New York Knicks until they parted ways in June of 2017. Phil Jackson earned $60 million in just over three years with the Knicks organisation.

Read more: LeBron James: We all thought Michael Jordan would never be matched – Were we wrong?

“The beast has woken up”: Alex Caruso praises Anthony Davis after...