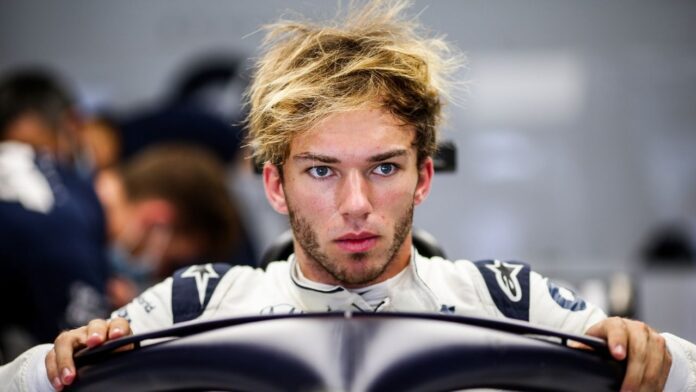 Pierre Gasly is among the most talented drivers on the Formula 1 grid. Ever since he quit Red Bull, his performance with AlphaTauri has been exceptional.

The 25-year-old has revealed that it is finally time to discuss his future in the sport with Red Bull advisor, Helmut Marko.

This comes ahead of the British Grand Prix.

Even with his incredible performances on the track, the Frenchman’s future beyond the current season is uncertain.

His contract with his current team expires by the end of this year and his options for a new team are slowly running out.

While Gasly’s tenure with Red Bull back in 2019 was more of a disaster, his improvement might give him a chance with his old team.

However, he will have to face a tough battle in the form of Sergio Perez who has been having a stellar partnership with Max Verstappen.

Gasly admitted that he is expecting to have a word with Marko, as the Austrian is the only one who can clarify his future in the sport.

“To be fair I have no idea at the moment, it’s something that we are going to talk with Red Bull and with Helmut [Marko] especially,” he said.

Irrespective of the uncertainty surrounding Gasly’s future, he has been a great driver on the track so far.

Offers from other teams

The 25-year-old has also revealed that other teams have also approached him with a seat offer for the 2022 season.

“Yes, [there is] interest; I’m trying my best, showing my potential, giving my best with AlphaTauri and I think what we are doing at the moment is very good,” he added.

The Frenchman, however, has admitted that he is currently focused on the ongoing 2021 season.

“I really hope this year we can get the best result in the team championship for the team, the best ever since the team joined in Formula 1. That’s my goal personally and then yes, we’ll see going forward what are the most attractive options that we have,” he explained.

“Ultimately it goes down to Red Bull and yeah discussing with them what do we together going forward,” he concluded.

The paddock now moves to Silverstone for the British Grand Prix. Gasly will be looking to prove his worth on the track.

Read More: Nikita Mazepin recalls his Austrian GP horrorshow of a race – “Did a sh**ty number of laps”