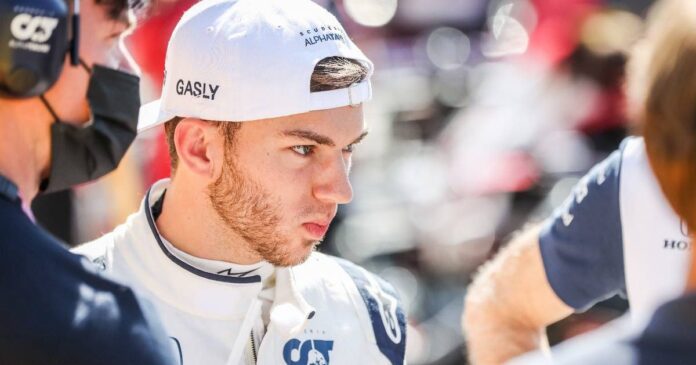 According to Red Bull advisor Helmut Marko, AlphaTauri driver Pierre Gasly will not be departing from Red Bull till 2023.

This gives the Frenchman two more years to impress the Austrian in order to claim his return ticket for a seat with Red Bull where he had spent a major chunk of 2019.

Gasly had his debut in Formula 1 back in 2017 when he drove for Toro Rosso.

After a series of exceptional performances, Gasly was promoted to Red Bull to drive alongside Max Verstappen.

However, the Frenchman struggled with his car and was demoted back to Toro Rosso after just 12 races.

The current season has seen Gasly in top form as he consistently scored for his team.

With the paddock heading into the summer break, there have been rumors stating that Gasly will be looking to quit AlphaTauri next season.

The rumours further state that McLaren, Alpine, and Alfa Romeo are the top contenders for his signature.

Marko breaks the ice on Gasly

During The Mike Hosking Breakfast podcast, Helmut Marko was asked if Gasly was looking for other outfits to join.

“First of all, there is a contract which goes for two more years so I don’t know where these Alfa (Romeo) stories are coming from. Secondly, Alfa isn’t at the level like AlphaTauri is,” Marko replied.

“We are looking at his progress very much.

“And within the next two years, we will make a decision whether he’ll be on the free market or we’ll be considering taking him into Red Bull because Perez is 31 years now, so he won’t be too long, I guess in Red Bull Racing,” he added.

2016 world champion, Nico Rosberg reckons that Red Bull will consider placing Gasly in their car by the next season.

This comes after the Frenchman showed off his incredible skills during the current season with AplhaTauri.

He also managed to secure a podium finish during the Azerbaijan Grand Prix which added to his credit.

Back in 2019, Gasly did drive for Red Bull for a short while. However, he struggled from the very beginning and was unable to match Verstappen.

As a result, he was demoted to Toro Rosso.

“The way he is performing at the moment, they should put him in the Red Bull next year. The problem is that they have this worry that he is maybe not able to deal with those pressure situations,” said the former Mercedes driver, Nico Rosberg.

“In AlphaTauri at the moment, there is no pressure. His teammate is away from him. He can be a team leader in an easy way,” he concluded.

We are yet to see if Gasly will continue with AlphaTauri or decide to sign a deal with some other team.

McLaren CEO claims Drive To Survive catered to one aspect that...

Red Bull has only itself to blame for current predicament