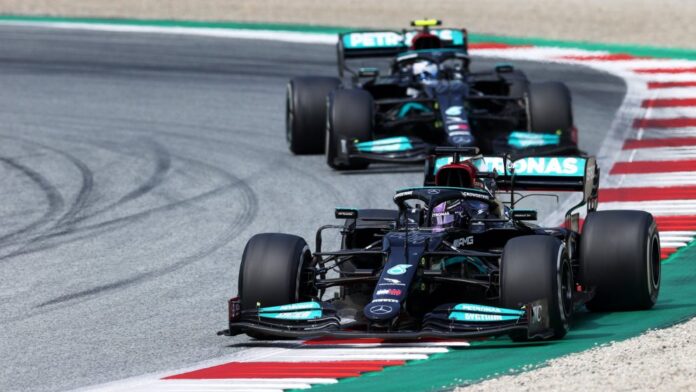 According to Finnish racer Toni Vilander, Mercedes will not continue its association with Valtteri Bottas for the upcoming season.

He also thinks that Bottas should not expect an early announcement regarding his place in the team.

Bottas is facing a difficult time

This gives Bottas 14 races to try and regain his lead from Red Bull and Max Verstappen to try and prove his worth to his team.

The 31-year-old has also faced difficulty matching his teammate, Lewis Hamilton, and the Finnish driver and pundit thinks that Bottas might soon get his marching orders.

He also thinks that Mercedes will not be making any announcement regarding Bottas’ place in the team before the British Grand Prix.

What did Vilander say?

“It is not good for Valtteri to be informed at such an early stage that he will not continue,” he said.

“[Sebastian] Vettel was quite a fiasco on Ferrari last season after it was announced at the beginning of the season that there was no new contract coming up.”

Mercedes have to be prepared for the fact that the current Hamilton’s contract extension might just be his last.

As a result, the outfit needs to be prepared with a new set of drivers considering Bottas has been unable to perform.

“It is perceived that Hamilton’s two-year contract is his last with the team, in which case the next champion has to be raised so that the success story can continue,” Vilander stated.

George Russell in the house

Although George Russell has not yet scored a single point for Williams, he has shown promising results, especially after his drive for Mercedes back in Sakhir.

“Russell is part of the Mercedes program,” Vilander continued. “If they want to promote him to Mercedes, it can be done easily at the end of the season.

“I don’t think Russell will be very happy to sign another Williams contract,” he concluded.

Read More: Lando Norris heading for a one-race ban? Andreas Seidl is prepared for the inevitable