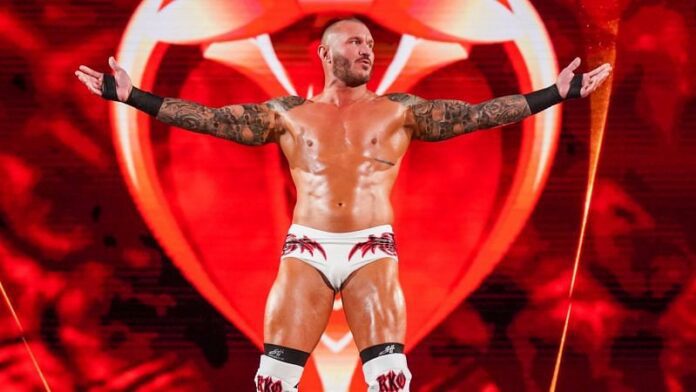 Randy Orton is a professional wrestler and actor from the United States.

Orton attended Hazelwood Central High School, where he wrestled as an amateur. He joined the Marines after graduating from high school in 1998. He received a bad-conduct discharge at the base in 1999 after going AWOL twice and disobeying a commanding officer’s order.

Orton was tried and convicted in a special court-martial under the Uniform Code of Military Justice. He spent 38 days in the brig at Camp Pendleton.

Orton is currently signed to WWE, where he performs on the Raw brand. He is widely regarded as one of the greatest professional wrestlers of all time.

He trained and wrestled for the Mid-Missouri Wrestling Association and the Southern Illinois Conference Wrestling before being signed by the World Wrestling Federation (WWF, now WWE). The WWF then signed him and sent him to Ohio Valley Wrestling (OVW), where Orton held the OVW Hardcore Championship twice.

After winning the World Heavyweight Championship at the age of 24, Orton became the WWE’s youngest world champion in history. With this victory, he left Evolution and began a feud with his former stablemates. In 2006, Orton formed a tag team with Edge called Rated-RKO. They shared the World Tag Team Championship.

After Rated-RKO disbanded in mid-2007, Orton won two WWE Championships in a single night, making him the second-youngest two-time WWE Champion at the age of 27. In 2008, he co-founded The Legacy with Cody Rhodes and Ted DiBiase Jr. They split up in 2010, and Orton went back to singles competition.

Orton joined The Wyatt Family in 2016, winning the SmackDown Tag Team Championship with Bray Wyatt and Luke Harper before betraying them in 2017.

He won his first US Championship in 2018, becoming the 18th Grand Slam Champion overall after already being the 17th Triple Crown Champion.

Orton married Kimberly Kessler, a former member of his fan club, on November 14, 2015. Brooklyn Rose Orton, their first child together (Kessler’s fourth and Orton’s second), was born on November 22, 2016. They live in the Missouri town of St. Charles.

Orton has been open about his substance abuse issues, including an overdose in 2006. He has also struggled with anger and has taken anger management classes. He had a tattoo of the United States Marine Corps on his left arm, but he covered it up after his bad conduct discharge.

His hypermobility in both shoulders has been a constant source of injuries throughout his career, keeping him out of the ring for incidents ranging from pounding the ring mat too hard while performing one of his signature taunts to relatively harmless things like taking out the trash at home.

Sports Illustrated published an article on its website in March 2007 as part of a continuing series investigating a steroid and growth hormone ring used by a number of professional athletes across multiple sports.

The article mentioned several current and former WWE wrestlers, including Orton, who was accused of obtaining nandrolone, oxandrolone, stanozolol, and testosterone, as well as anastrozole and clomiphene citrate as ancillary drugs. WWE simply stated that the allegations occurred prior to the launch of their Talent Wellness Program in February 2006.

WWE investigated Orton for sexual harassment in August 2018 after it was claimed that he had exposed himself to new members of the company’s writing staff during his early career, but the investigation was closed.

In 2018, Take-Two Interactive Software and 2K Games were sued for using Orton’s likeness in their WWE 2K Game Series, which included copyrighted tattoos on Orton’s body by artist Catherine Alexander. Alexander has claimed that copying the tattoos infringed on her rights as the licensed creator.

A trial is set to begin in September 2020. Orton was chastised in October 2019 for saying “nigga” while playing a Call of Duty game on a live Twitch stream.