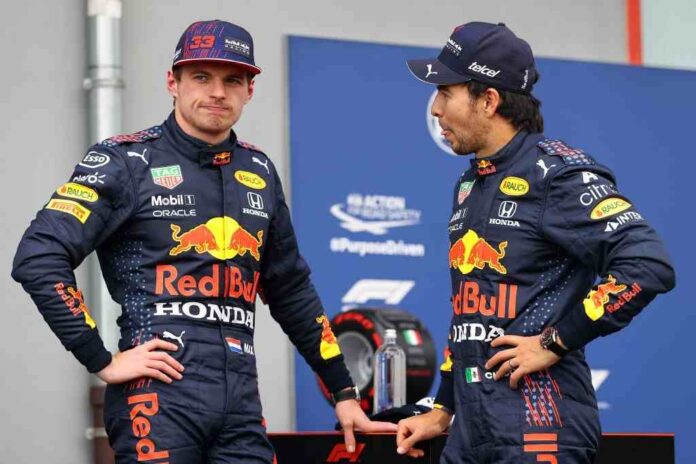 The 2021 Formula 1 season has finally reached its halfway mark and teams are already buzzing with news of driver lineups for 2022.

Among these teams is Red Bull, who allegedly are not satisfied with Sergio Perez and are therefore looking to replace him with a junior driver.

This driver will compete alongside Max Verstappen, their star driver at the moment.

Dr. Helmut Marko, team advisor for the Milton-Keynes-based outfit, has confirmed the fact that Perez might soon have to walk away from the team for the 2022 season.

Perez joined the team at the start of this year and has scored two podiums till now. This includes a win at the Azerbaijan Grand Prix.

Despite this, Marko is under the impression that it will be better for the team if a junior driver is placed alongside Max.

Marko has also admitted that he is currently “not happy” with Perez.

According to NextGenAuto.com, Marko said, “What I can tell you is that there are a few options, we are considering them, but I don’t want to name names.”

Who is the driver in question?

This statement by Marko just raises more questions as the seat next to Verstappen will be vacant soon.

There are speculations that Juri Vips or Liam Lawson could be in line for the seat if Perez ends up parting ways with Red Bull.

Both drivers are currently competing in the F2 championship. Vips stands in fifth place with 85 points while Lawson is in eighth with 58 points.

The Mexican joined the outfit showing a lot of potential. He even gelled well with the Dutchman.

On one hand, Max has five wins in his bucket while Sergio has just one.

Additionally, Max also has more podiums to his name as compared to his teammate. As a result, it is not difficult to imagine why Marko is on the hunt for a new driver.

Perez still has the second half of the current season to prove his worth. We can only wait and see how that turns out.

Read More: Leclerc opens up on dark phase in F1 career – “I felt quite lost”

“That is what his mission has to be now”: Former teammate...