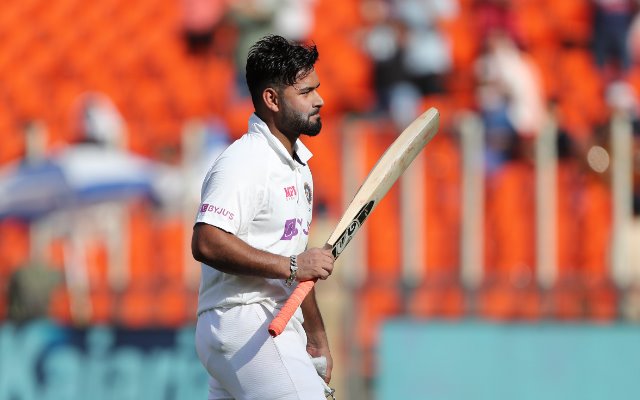 Rishabh Pant is an Indian wicketkeeper-batsman. Standing 5’7” and weighing 65 kg, Pant plays for the men’s team in all three formats of the game. In domestic cricket, he plays for the Delhi Capitals in the Indian Premier League, and is an integral part of the team.

Pant was born Rishabh Rajendra Pant on 4 October 1997. The 23-year-old was born in Haridwar, Uttarakhand, to Rajendra Pant and Saroj Pant. He has an elder sister names Sakshi Pant.

Pant attended the Indian Public School in Dehradun. He then went to Sri Venkateswara College in Delhi after his senior secondary education. He had an early talent in cricket, and has revealed that his favourite cricketers are M. S. Dhoni and Adam Gilchrist. Those two legends are wicketkeepers, meaning he has eyed that position for a long time.

Pant made his debut for India in 2017. With Dhoni’s retirement, he stepped up to the plate as India’s main wicketkeeper. His performances behind the stumps have been nothing short of exceptional. The future behind opposition batsmen is in good hands, quite literally in this case.

Pant was mentored by Tarak Sinha, who saw his talent the second he joined. He urged him to change his batting technique and adjust his shots. With these tweaks, the raw Pant became one of the most polished youngsters in Indian cricket. The left-handed batsman can play almost anywhere, and his pull shots are an absolute delight to watch.

Pant is a practicing Hindu, and from the Kumauni Brahmin caste. He is a strict vegetarian, and enjoys swimming and listening to music. His favourite song is ‘Helplessly’ by Tatiana Manaois. He is in a relationship with Isha Negi, who is an actress.

Pant is a massive fan of Indian cinema, and has revealed his favourite movie to be Baghban. His favourite actors are Amitabh Bachchan and Shah Rukh Khan, and his favourite actress is Shraddha Kapoor. He watches football when he can, and is a supporter and fan of Manchester United. His favourite book is the evergreen Panchatantra by Vishnu Sharma, while his favourite travel destination is Australia. Pant is a non-smoker, and is known to be a very emotional person. On the field, he speaks his mind, and his actions convey the same. Yet, he is also a prankster, and is the joker of the Indian team.

Pant plays lower down the order, although he can play higher up. He has proven to be a crucial scorer of runs, and is a big game player. Pant’s batting is explosive, yet clinical and controlled, and he displays a maturity far beyond his years on the pitch. He is a very clutch player, and has proven crucial in many match chases for India.

Behind the wickets, his agility, reflexes, eye for stumping and ability to read the delivery are all world-class. Pant also has a unique and hilarious way of operating behind the stumps, when he sledges the batsmen he faces and comments on the game in Hindi. He is also hailed as the spiritual successor to Dhoni, and comparisons between the two are fair and deserved.

Pant is young by age, but is already a crucial cog of the Indian cricketing juggernaut. Bar injuries and significant drop in form, he will be a legend of Indian cricket.

Kartik Tyagi: Why he could enjoy long-term future in Indian blue