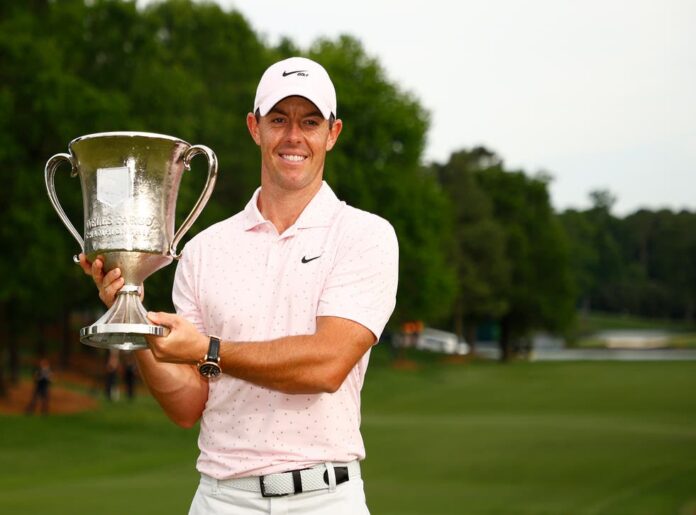 Rory McIlroy is a professional golfer from Northern Ireland. He has had a record of spending more than 100 weeks as number one on the global rankings.

Rory McIlroy was born in Holywood, Northern Ireland, on May 4, 1989. McIlroy began golfing almost as soon as he could walk and was taught by his father, a skilled and passionate golfer.

Despite the fact that his family was not particularly wealthy, they went out of their way to provide Rory with the funds he required to become a professional golfer. His parents were able to provide the best education for their son by working multiple jobs. They were also able to send Rory to his first major tournament, the Doral Golf Resort in Miami’s World Championship for boys aged 9 and 10.

McIlroy was ready to become a professional golfer in 2007. His rookie season went well, and he performed especially well at the Alfred Dunhill Links Championship. By the beginning of 2008, he had risen to the ranks of the world’s top 200 golfers.

McIlroy won his first PGA Tour event, the Quail Hollow Championship, in 2010. McIlroy hadn’t even turned 21, making him the first golfer since Tiger Woods to win on the PGA Tour at such a young age.

Rory McIlroy finished second at the WGC-Accenture Match Play Championship in 2012, propelling him to the world’s number two ranking. Later that year, he won the Honda Classic, giving him the top spot for the first time in his career.

He won the Omega Dubai Desert Classic for the second time in 2015. With additional victories, he became one of only three professional golfers to have won ten PGA Tour events and four majors by the age of 25.

He was a member of the European team that won the Ryder Cup in 2018. In 2019, he won the Players Championship and returned to the top of the world rankings in 2020.

Rory McIlroy’s net worth is estimated to be around $150 million, according to Celebrity Net Worth. McIlroy ranks seventh on the all-time money leaders list for professional golfers, with earnings of more than $54 million. McIlroy became the European Tour’s youngest player to earn €10 million at the age of 22. He was ranked 14th on Forbes’ list of the World’s Highest-Paid Athletes 2020.

McIlroy signed a $100 million contract with TaylorMade in 2017 after Nike stopped producing golf equipment. He is still a Nike athlete, wearing their clothing and shoes on the course. McIlroy is also supported by Omega, which released a special edition Speedmaster ’57 dedicated to his success in September. He also has deals with Upper Deck and UnitedHealth Group.

William Champion: How much does the Coldplay drummer earn?