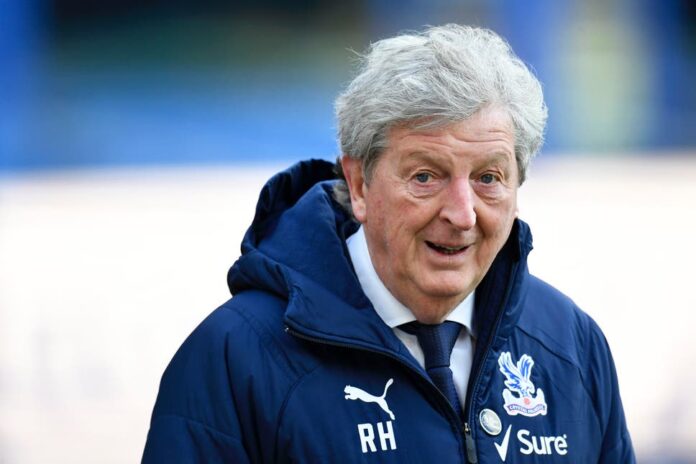 Roy Hodgson CBE is a former player and football manager from England.

Roy Hodgson was born in Croydon, Surrey on August 9, 1947. His mother worked as a baker in town, and his father, Bill was a bus driver south of the Thames. Hodgson’s family lived in the same building as Steve Kember, one of Hodgson’s John Ruskin Grammar School classmates.

They were teammates on the school football team, which also included Lennie Lawrence. Bob Houghton, who would go on to play an important role in Hodgson’s career, began his education at the school in the sixth form.

Hodgson was a moderately successful Crystal Palace youth player who was never able to break into the first team. After leaving Crystal Palace, he spent several years in non-league football with Tonbridge and Gravesend & Northfleet. He finished training for his full coaching badge at the age of 23.

After a year at Maidstone, he relocated to Ashford Town (Kent) in 1972, while also working as a PE teacher at Alleyn’s School in south London. Despite the sporting boycott of South Africa at the time, he moved to Pretoria, South Africa, the following year to play for Berea Park.

Hodgson returned to England for his final playing stint in 1974, joining Carshalton Athletic. He supported himself once more by teaching, this time at Monks Hill Comprehensive.

Hodgson began his managerial career in 1976 at Halmstads BK, after being recommended by then-Malmö FF manager Bob Houghton. Hodgson played for Halmstad for five years, winning the league championship in 1976 and 1979. His success with Halmstad in 1976 is regarded as one of the biggest surprises in Swedish football history.

The previous year, Halmstad battled relegation, surviving on goal difference, and before the 1976 season began, they were almost universally predicted to be relegated. According to Hodgson, “my greatest achievement would have to be the water-to-wine job at Halmstads BK.”

Hodgson has managed 16 different teams in eight different countries, beginning in 1976 with Halmstads BK in Sweden. He later led the Swiss national team to the World Cup’s last 16 and qualification for Euro 1996. It is interesting to note that Switzerland had not qualified for a major tournament since the 1960s.

Hodgson was appointed manager of his boyhood club Crystal Palace on September 12, 2017, replacing Frank De Boer after signing a two-year contract with the South London club. Despite losing his first three games as manager, he led Crystal Palace to safety and an 11th-place finish in the league.

On 18 May 2021, Hodgson announced his departure at the end of the season, having kept Palace in the Premier League. He said, “I really am stepping away from football for a while, but who knows what the future will be? It is a never-say-never moment. I’ve seen so many people retire with all the fanfare blazing, only to surface again somewhere in a fairly short period of time. I’d prefer not to do that.”

Hodgson is married to Sheila. The couple has a son named Christopher. Hodgson is a fan of authors such as Sebastian Faulks, John Updike, Philip Roth, and Saul Bellow. He is multilingual, speaking fluent Swedish, German, Italian, and French in addition to his native English.

Despite playing for Berea Park in South Africa’s white-only National Football League in the 1970s, Hodgson has stated his admiration for Nelson Mandela and coached a World XI team in a charity football event in Mandela’s honour in August 1999.

When Hodgson was appointed as the manager of England’s national football team in May 2012, he was asked about his time in South Africa during the apartheid era. He stated that he only played there for footballing reasons, as did his teammates at the club, and not for any political reasons.

In September 2012, Hodgson was appointed a Knight, First Class, of the Order of the Lion of Finland. On January 22, 2016, he was awarded an Honorary Doctorate by the University of York. Hodgson was made a Freeman of the Borough of Croydon in 2018.

In the 2021 Birthday Honours, Hodgson was appointed Commander of the Order of the British Empire (CBE) for services to football.