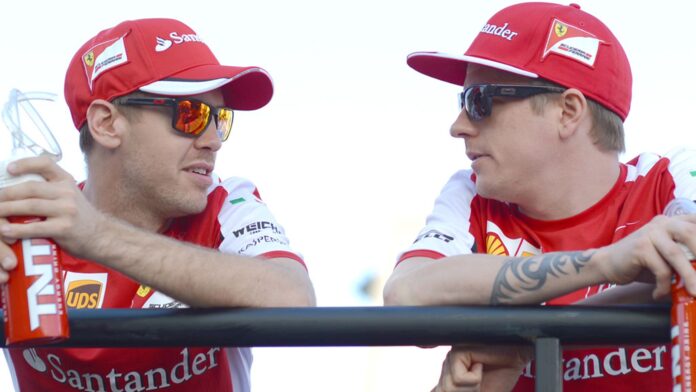 Despite the race being done and dusted, the Austrian Grand Prix was one that deserves to be re-watch and re-analyzed.

That is exactly what Ralf Schumacher did.

F1 legend Michael Schumacher‘s younger brother offered his opinions on the Raikkonen-Vettel incident that took place at the end of the race.

The German, who has shared the grid with Kimi Raikkonen for seven years before retiring in 2007 claimed that his driving was ’embarrassing.

“That was totally senseless from Kimi. He just drove straight into his [Vettel’s] car. What he did was embarrassing,” he said in an interview.

Raikkonen’s race was going pretty decent in his Alfa Romeo until the crash towards the end of the race. While he was awarded a 20-second time penalty, Vettel put the incident aside as a misunderstanding.

The Formula One veteran has had some incredible moments on the grid. He is a former world champion who has 21 victories and 103 podiums under his belt.

Much true to his nickname – The Iceman, Raikkonen is known for not letting his surroundings influence him much.

His most recent victory was at the 2018 US GP which just goes to show that he is still a capable driver.

The state of play, as we take a quick break ahead of Silverstone! 👇#AustrianGP 🇦🇹 #F1 pic.twitter.com/eoEU9m1HfF

Raikkonen’s Alfa Romeo was close to a point finish during the Austrian Grand Prix as he and Vettel fought their way for P12.

Considering he was just seconds away from P10 shows the amount of skill the driver has.

After being a part of the sport for almost two decades, it might be time for the Iceman to look elsewhere.

“One side is the racing, but the rest is because I am getting old. That is always the case with something physical,” he said talking about how fast pace racing might just be out of his kitty.

Ralph Schumacher’s comments on Raikkonen’s driving could well be responded to by looking at his most famous moment over the radio: “Leave me alone, I know what I’m doing.”