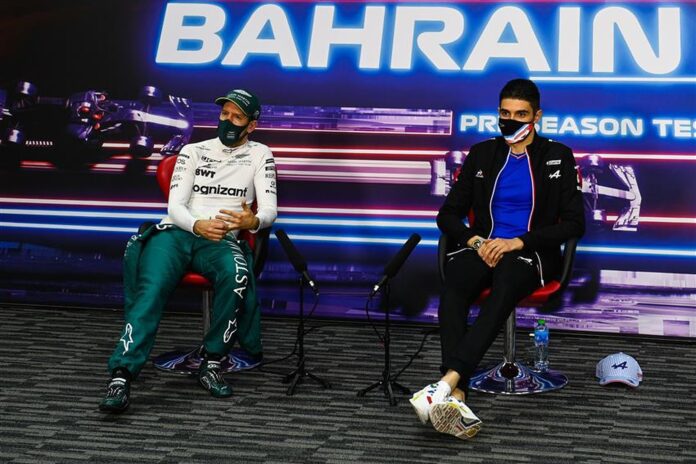 With the addition of ‘sprint races’ for the first time in the sport’s history, Silverstone is in line to become a highlight circuit this season.

However, Aston Martin driver, Sebastian Vettel is not particularly happy with the format of this 100-km race.

The German, along with Alpine driver, Esteban Ocon, have requested that minor tweaks take place as there is an unfair advantage for a few teams.

Vettel unhappy with the format

Throughout the history of Formula 1, the pole position has always gone to the driver that finished in P1 over qualifying.

However, with the new regulations, the winner of the sprint race will be hailed as the recipient of the pole position.

During a press conference, Vettel suggested that it is incorrect to hand the pole position to the winner of the sprint.

Ocon too presented his opinion on the matter stating that it would make a lot more sense if the short burst session is called ‘Sprint Qualifying’ rather than a ‘Sprint Race’.

“Then we call sprint quali sprint race so it’s not complicated,” he mentioned.

Vettel also mentioned that F1 should open up a new column dedicated to sprint races to prevent any statistical clashes with qualifying.

“It’s a new discipline. So you just add a new column to the statistics,” Vettel said.

Since this is the first time this format will be adopted in F1, there will be a bunch of suggestions from drivers and teams alike.