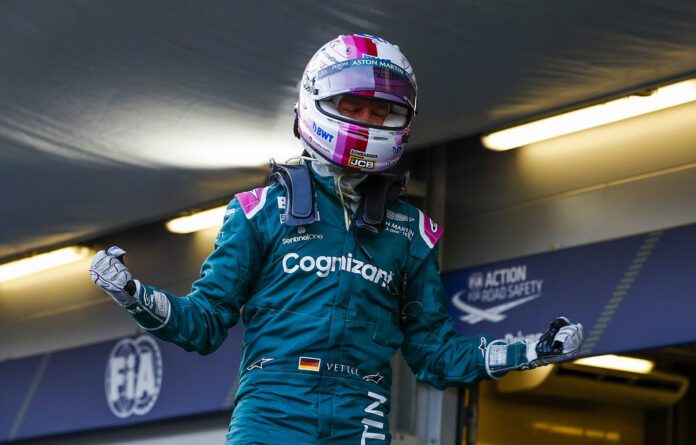 Ever since Sebastian Vettel joined Aston Martin, the way the outfit operates has changed a lot according to team boss Otmar Szafnauer.

The German is known for his analytical approach towards racing.

In fact, his old boss, Christian Horner, revealed that Vettel could spend almost two whole hours analyzing every incident after a race.

Szafaneuer has revealed that Vettel joining the outfit has definitely changed how the team operates.

“Sebastian has expanded the way we do things,” Szafnauer said following the race in Baku.

“Lance isn’t a rookie, he’s been with us for a while now and there’s a good dynamic between Lance and Sebastian.

“Sebastian does have more experience and the way we go about debriefs now has changed a bit… (and) not just Lance but the entire team have embraced that.”

Szafnauer has also stated that the German has been improving steadily. From scoring no points to finishing fifth in Monaco and then a podium in Baku.

“(Vettel) was getting better and better [before Monaco]. I shouldn’t say better and better, but more and more comfortable in the car…I think it’s a progression of little steps. It’s a logical incrementalism to get to the peak,” he said.

“We’ve all improved in our process a little bit, in the way we go about the weekend. We’re all learning, Lance too, and we’ll lift the team together.”