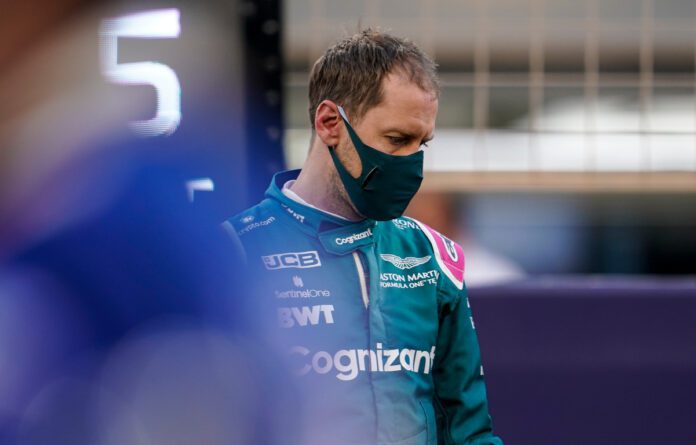 Aston Martin driver Sebastian Vettel may not have got off to the best of starts at his new team, but he has well and truly shown his class over recent weeks.

His first four races didn’t yield a single point, but things changed for the better in Monaco, where he ended in 5th position. This was not an anomaly as he backed it up with a P2 finish in Baku, which was his first podium finish for Aston Martin.

He was amongst the points once again last weekend, finishing in 9th place.

Many were questioning whether Vettel still warrants a place in the sport on the back of his trying spell at Ferrari that eventually led the team to severing terms with him and his early season form at Aston Martin.

It is worth noting that Vettel managed only 33 points over the 17 races. That is a dismal effort regardless of Ferrari’s problems, especially keeping in mind that his teammate at the time Charles Leclerc accrued far more than double this number.

Former Red Bull driver David Coulthard was one of the most vocal people at the start of the season regarding Vettel’s fading fortunes. He had suggested at the time that Vettel was well past his prime and should consider his future in the sport.

Now, the British driver has confessed that these statements have led to Vettel cutting ties with him.

“Sebastian hardly speaks to me anymore because I said that he is only a shadow of himself,” Coulthard said.

Yet, Coulthard said that he was happy to see Vettel perform well in recent weeks.

“I loved that he finished on the podium in Baku. His performance in France was good too,” he said.

“But in other races, be it in the Ferrari or Aston Martin, he wasn’t the Sebastian I knew. I understand that he sees it differently. I was also a racing driver. You see someone who says something negative about you as an enemy. I understand that.”

Vettel himself was quite happy with the way things have been panning out in recent weeks.

“The goal is to maintain our consistency and to get back into the points in Austria,” he said.

The length of the track may well prove to pave the way for a fascinating race this week, according to Vettel.

“It’s a great track because it’s short, but with lots of fast and difficult corners. Adding one lap feels great,” he said.

What are your predictions for this weekend’s race? Will Vettel work his manage and get amongst the points again? Let us know in the comments section below!

Read more: Sergio Perez reveals details about his alliance with Max Verstappen – “No passage in my contract”