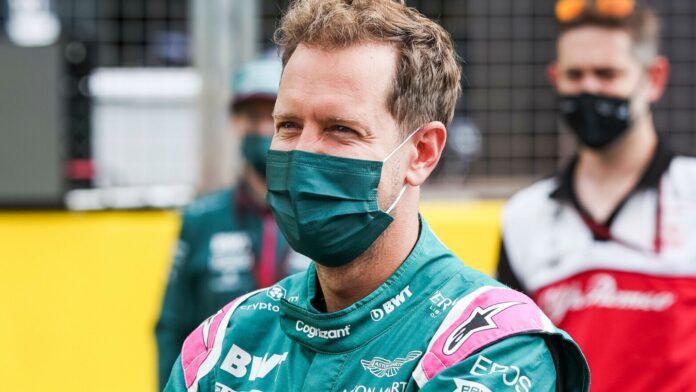 Aston Martin driver, Sebastian Vettel is a Formula 1 driver on one hand. But on the other, he is a committed environmentalist.

While being a great veteran driver, the German is additionally famous for building a hotel for bees near the Red Bull Ring in Austria.

Now, he has won the hearts of many as he was seen picking up litter from the Silverstone circuit after the race.

The four-time world champion was visibly disappointed after securing a DNF. However, he took out time after the race to clean the mess left behind by the spectators.

While the German failed to finish the race, he did not let his spirits down and went up to the stands to pick up the trash as the fans were leaving.

As the sun came down on Silverstone, the teams were seen packing their gear. Verstappen, on the other hand, was more involved in the cleaning.

Some fans recognized him and cheered him on but he paid no heed to them and continued his work.

F1 should do more for the environment

In line with the belief of Lewis Hamilton, Vettel feels that Formula 1 races can be held in a more sustainable manner.

Considering the paddock moves from place to place all over the world, the carbon footprint of this sport is massive.

“F1 is held around the globe every year and in many different countries and as a global sport we should act responsibly. F1 should be setting examples rather than reacting to pressure from the outside,” Vettel said.

“When it comes to the environment, we are burning fuel which is a very small amount of the total carbon footprint but still we need to start acting more and more setting the right example, not just on carbon footprint, but on other things,” he explained.

“F1 is the pinnacle of motorsport in terms of the development of the cars, and when you talk about the cars there is more than can be done to have a greater relevance in the future,” the German explained.

Do you think there will be a solution to reduce the carbon footprint of the sport? Let us know in the comments below!

“It’s like we don’t care”: Vettel disappointed with lack of support...