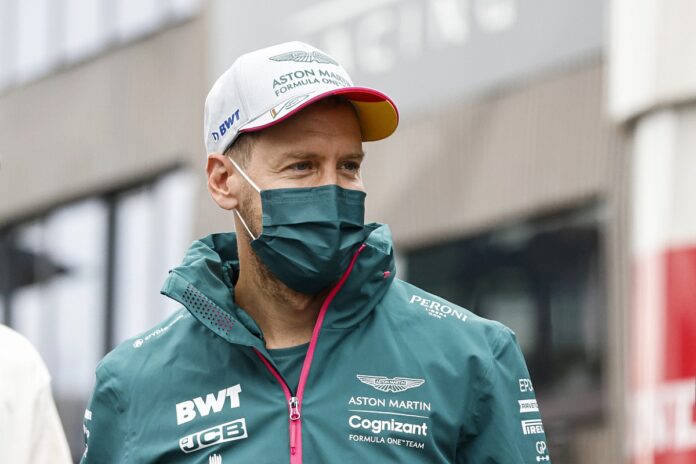 After the end of the first-ever sprint qualifying in Formula 1, Aston Martin driver Sebastian Vettel earned a spectacular P8.

While he started his race at P10, he managed to gain two places and secure his spot in the top 10.

The German drove well but was held up for the P7 position by Alpine driver Fernando Alonso in what was a wheel-to-wheel fight.

What did Vettel say about sprints?

The entire sprint qualifying format included 17 laps and was 100kms long. The whole qualifying was over in mere 30 minutes.

This is exactly what the Aston Martin driver talked about.

”I am just thinking that race was probably shorter than the media session, giving everyone an answer. That’s I want it to be quick,” he said.

“I tried but couldn’t get close enough [to Alonso] in the places I had to. Anyways, got to the flag!” he added.

Red Bull driver Max Verstappen was the winner of the sprint qualifying and will start from pole position for the final race of the British Grand Prix.

Seven-time world champion, Lewis Hamilton, was disappointed to lose the lead at his home circuit which could have given him an added advantage in the race on Sunday.

The Mercedes driver will start the race ahead of his teammate Valtteri Bottas who will line up P3.

Charles Leclerc will take the P4 place ahead of both the McLarens of Lando Norris and Daniel Ricciardo.

The star of the sprints, Fernando Alonso will line up P7 in front of Vettel. Williams driver George Russell will stand at P9 in front of Esteban Ocon.