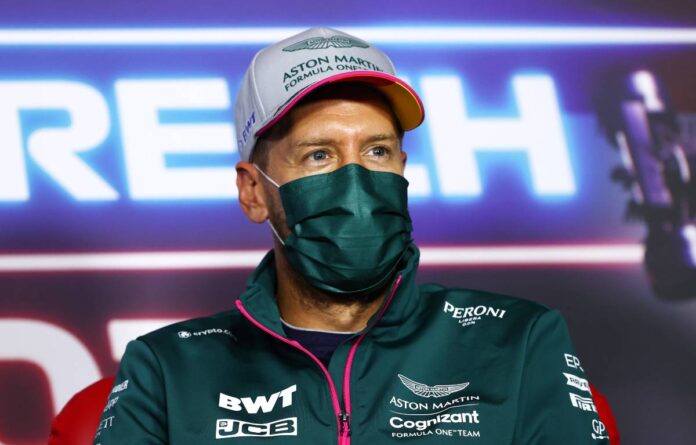 Aston Martin driver Sebastian Vettel has responded to Fernando Alonso’s praise for him.

Vettel vs Alonso is a rivalry that the fans ate up. 2010-13 marked years where the German and the Spaniard would go head-to-head, and oftentimes wheel-to-wheel, in various races. They have had sour moments over the years, but recently, Alonso insisted that the respect he has for Vettel is very high.

Vettel has heard Alonso’s kind words, and has replied to the Alpine driver. As reported by Marca, Vettel shares the same feelings for him, and was excited to see him return to the sport after a hiatus.

“I enjoy racing against him,” Vettel said.

“In the first race of this year, when Fernando returned, we had a wheel-to-wheel battle. And I was in the cockpit smiling because I am looking forward to seeing more this year. And I think we have already had some. I think that I always enjoyed fighting against Fernando.

“At the Hungaroring in 2003, I was in front of the television and I remember watching him. I think his talent is undoubted, his skills on the court are among the greatest that this sport has seen.

“Alonso did something that I thought was impossible to do, which was to beat Michael (Schumacher). Because, when I grew up Michael was the best, number one. And he seemed impossible to beat and Fernando started to beat him. So, I think he was a great achievement. And, obviously, he has had a long career and in many different cars. So I consider it a pleasure to race alongside him and fight him on the track,” Vettel concluded.

Vettel and Alonso are two legends of the sport, and their respect for one another is through the roof. This is the type of sportsmanship that is expected from greats, and fans will be happy that there is still time to enjoy the two drivers’ crafts.

Longest pitstop in the history of Formula 1: Mercedes lead the...