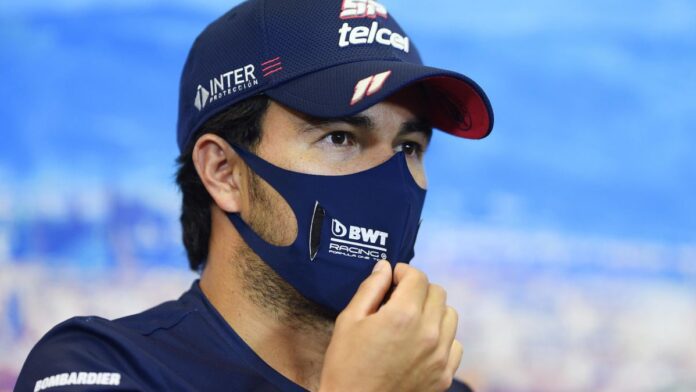 Sergio Perez is highly critical of his fellow Formula 1 drivers’ driving standards, especially after the qualifying at the Azerbaijan Grand Prix.

The qualifying round saw four red flags which resulted in drivers fighting for track position ahead of the flying lap.

This, according to him, is going against the gentleman’s agreement.

Nikita Mazepin recently said that Perez himself doesn’t adhere to this agreement.

“It was basically that we all went out at the same time, people overtaking and not respecting the gentlemen’s agreement,” he explained.

“It just made things a little harder but we didn’t put in the lap when it really counted and it is as simple as that.”

Only a few drivers respect it

While talking about the agreement, Perez said, “There are some drivers who really respect it and you can trust but there are some that you cannot.

“It is very hard, to be honest. I think the chaos starts when people are overtaking towards the end of the lap when we know we should just hold position and try to create gaps.

“It is like a traffic jam. If all of a sudden people… it just gets worse and worse. It has been like that for the last couple of years.”

This is not the first time that the gentleman’s agreement has raised voices.

After several incidents, especially by Nikita Mazepin, many drivers felt the need for a discussion on the matter.

Perez believes that it is important that all drivers are on the same page regarding the rules to ensure a fair race.

“Maybe it is something we should discuss as drivers and be more sensible about it, especially when it comes to qualifying that we should be more respectful and be more conscious that this can create difficulty for other people,” added Perez.

“It is probably good to discuss it all together and see if it is something we all feel should happen.”

Pierre Gasly told to stay away from McLaren and Alfa Romeo