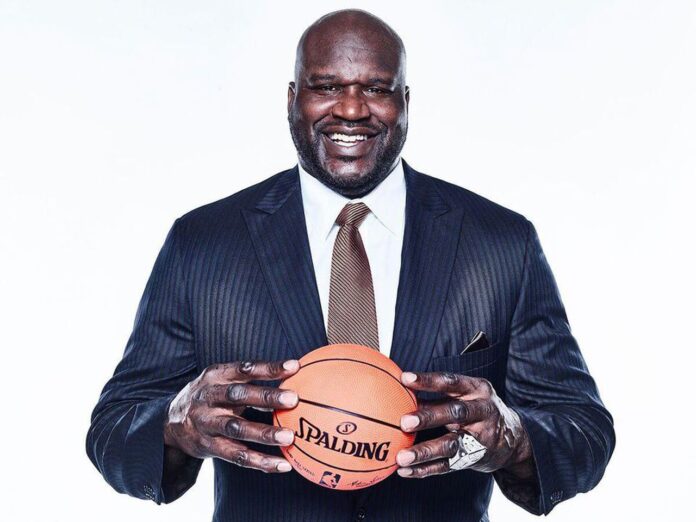 Shaquille O’Neal is one of the most dominant players in NBA history, having led his teams to NBA titles and Olympic gold medals. Following his retirement in 2011, O’Neal became an NBA analyst, working alongside Charles Barkley and Ernie Johnson.

Shaquille Rashaun O’Neal was born in Newark, New Jersey on March 6, 1972. He attended Louisiana State University after graduating from Cole High School in San Antonio, Texas, and went on to become one of the NBA’s most dominant players.

O’Neal was named College Player of the Year (1991) and a unanimous first-team All-American twice during his time at Louisiana State (1991, 1992). He left college after his junior year in 1992 to pursue a career in the NBA.

O’Neal, also known as “Shaq,” led the Orlando Magic in scoring, rebounding, blocks, and shooting percentage in his rookie season. O’Neal, a notoriously poor free-throw shooter, focused on getting more of his points on the power slam, and tough NBA centres quickly learned to foul O’Neal rather than give him an easy shot. O’Neal became the first player in NBA history to be named Player of the Week in his debut.

In 1996, O’Neal signed the NBA’s largest contract, a seven-year, $120 million deal with the Los Angeles Lakers. The following year, he was a member of the United States Dream Team, which won gold at the Olympic Games in Atlanta, Georgia.

O’Neal agreed to a three-year, $88.5 million contract extension, and the larger-than-life centre helped the team win three consecutive world championships (2000, 2001 and 2002). However, after growing dissatisfaction with team management and conflict with teammate Kobe Bryant, O’Neal was traded to the Miami Heat in 2004.

O’Neal then relocated to the Midwest, where he joined the Cleveland Cavaliers in a trade that cost the team $500,000 and two players. In 2009-10, he helped the Cavs earn the No. 1 seed in the playoffs, where he averaged 11.5 points per game, and he established a season average of 12 points and 6.7 rebounds per game.

O’Neal announced his retirement from the NBA on his Twitter page on June 1, 2011. In 2016, O’Neal was inducted into the Naismith Memorial Basketball Hall of Fame. O’Neal joined TNT’s Inside the NBA as an NBA analyst. Working alongside former NBA greats Charles Barkley and Kenny Smith, as well as veteran sportscaster Ernie Johnson, O’Neal became well-known for his blooper-filled “Shaqtin’ a Fool” segment. In 2015, he renewed his contract with the show.

In 2016, O’Neal was inducted into the Naismith Memorial Basketball Hall of Fame. O’Neal joined TNT’s Inside the NBA as an NBA analyst. Working alongside former NBA greats Charles Barkley and Kenny Smith, as well as veteran sportscaster Ernie Johnson, O’Neal became well-known for his blooper-filled “Shaqtin’ a Fool” segment. In 2015, he renewed his contract with the show.

Even as he established himself as an NBA All-Star, O’Neal was pursuing a side career as a rapper. In 1993, he appeared on the Fu-Schnickens’ Top 40 single What’s Up Doc?, which was later included on his debut solo album, Shaq Diesel. The album was certified platinum with the help of artists such as Def Jef.

Shaq-Fu Da Return, released in 1994, established O’Neal as a gold-certified rap artist thanks to a slew of guest stars. His third album, You Can’t Stop the Reign, was released in 1996 on his own label, TWIsM (The World Is Mine). Respect was released in 1998, and a fifth album, Presents His Superfriends, was scheduled for release in 2001 before being cancelled.

O’Neal has also appeared in several films, including Blue Chips, in which he co-starred with Nick Nolte, as well as in films such as Kazaam! and Steel, for which he also recorded the soundtrack albums.

In recent years, he has appeared in a number of films and television shows, ranging from a guest appearance on the gritty police drama Southland in 2013 to starring in his sitcom pilot in 2015. In 2018, he co-starred in the sports comedy Uncle Drew with Kyrie Irving, Tiffany Haddish, and a slew of former NBA players.

In 2013, O’Neal became a minority owner of the NBA’s Sacramento Kings and was later named general manager of the Kings’ esports team. He invested in the NRG Esports organisation in 2016.

O’Neal is also active in the restaurant industry, having bought a Krispy Kreme in Atlanta and opening his own Southern cuisine restaurant, Shaquille’s, in Los Angeles. He joined Papa John’s board of directors and became a brand ambassador in 2019.

O’Neal has four children from his marriage to ex-wife Shaunie Nelson, as well as another daughter from a previous relationship.

O’Neal began dating reality TV star Nicole “Hoopz” Alexander in the summer of 2010. The couple lived at O’Neal’s house in Sudbury, Massachusetts, before splitting in 2012. O’Neal has been dating model Laticia Rolle, who is originally from Gardner, Massachusetts, since 2014.