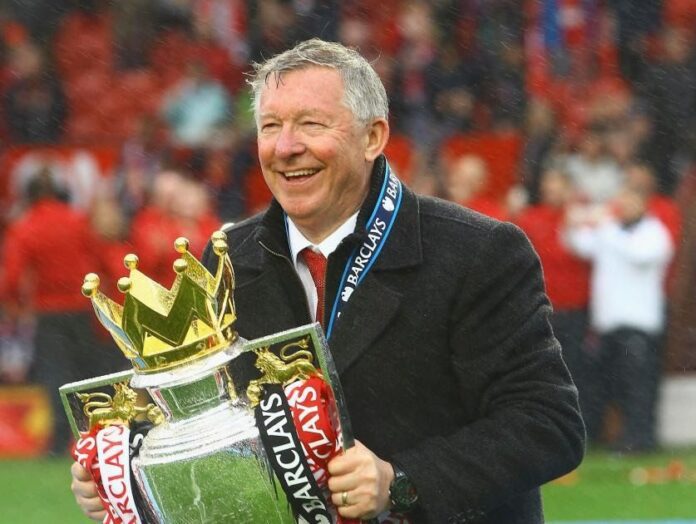 Sir Alex Ferguson is a former professional football player and manager from Scotland. Ferguson is widely regarded as the greatest manager in football history. He oversaw Manchester United’s “golden era” from 1986 to 2013, winning more trophies than any other manager.

Alexander Chapman Ferguson was born in Govan, Glasgow, Scotland on December 31, 1941. He began playing soccer at a young age. Ferguson became a toolmaker’s apprentice during his early years, presumably as a back-up plan to his future career as a professional athlete.

Ferguson began his career as a 16-year-old for Queen’s Park. Despite scoring 20 goals in 31 games, he was transferred to St. Johnstone. Ferguson had become a full-time professional footballer for Dunfermline by 1964.

With 31 goals in the 1965-66 season, he became the top scorer in the Scottish league. Following this, he was sold to Rangers for 65,000 pounds, a Scottish football record at the time. Ferguson went on to play for Falkirk before finishing his career at Ayr United in 1974.

Ferguson began his managerial career at East Stirlingshire at the age of 32, and he was paid £40 per week for this part-time position. He moved to St Mirren after whipping East Stirlingshire into shape. Ferguson led the young team to victory in 1977, winning the First Division title. He was then fired by St Mirren, the only club in history to ever do so.

Sir Alex Ferguson took over as manager of Aberdeen, one of the major clubs in the Scottish Premier League, in 1978. Aberdeen won the Scottish league in 1980 after a shaky start.

Finally, an offer from Manchester United enticed Ferguson to relocate to England. The club was in disarray, but Alex managed to move them from 21st to 11th place in the league during his first season. He reshaped the club entirely and made it into one of the best clubs.

Sir Alex Ferguson stepped down as manager of Manchester United in May 2013 after guiding the club to a fourth Premier League title.